Romney Pollster: We Won’t ‘Let Our Campaign Be Dictated By Fact-Checkers’

Romney Pollster: We Won’t ‘Let Our Campaign Be Dictated By Fact-Checkers’ 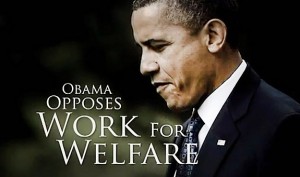 For the past month, the Republican campaign has been hammering President Obama over cutting out work requirements for welfare. The Romney campaign has been rebutted by many fact-checking organizations over inaccuracies in the claim, and during a panel discussion today, Romney pollster Neil Newhouse responded to the criticism, saying, “We’re not going to let our campaign be dictated by fact-checkers.”

Earlier this month, after Mitt Romney alleged that under Obama’s welfare plan, “you wouldn’t have to work… they just send you your welfare check,” PolitiFact rated his claim Pants on Fire. PolitiFact said it was a “distortion of the planned changes” in current welfare law.

CNN fact-checked the claims last week, noting that the Obama administration granted welfare waivers after governors of multiple states, including Republicans, asked for “more flexibility in how they hand out welfare dollars.”

Greg Sargent contrasts today’s statement by Romney’s pollster with what Romney himself said earlier this year about how the Obama campaign keeps running inaccurate ads.

“You know, in the past, when people pointed out that something was inaccurate, why, campaigns pulled the ad,” Romney said on the radio. “They were embarrassed. Today, they just blast ahead. You know, the various fact checkers look at some of these charges in the Obama ads and they say that they’re wrong, and inaccurate, and yet he just keeps on running them.”