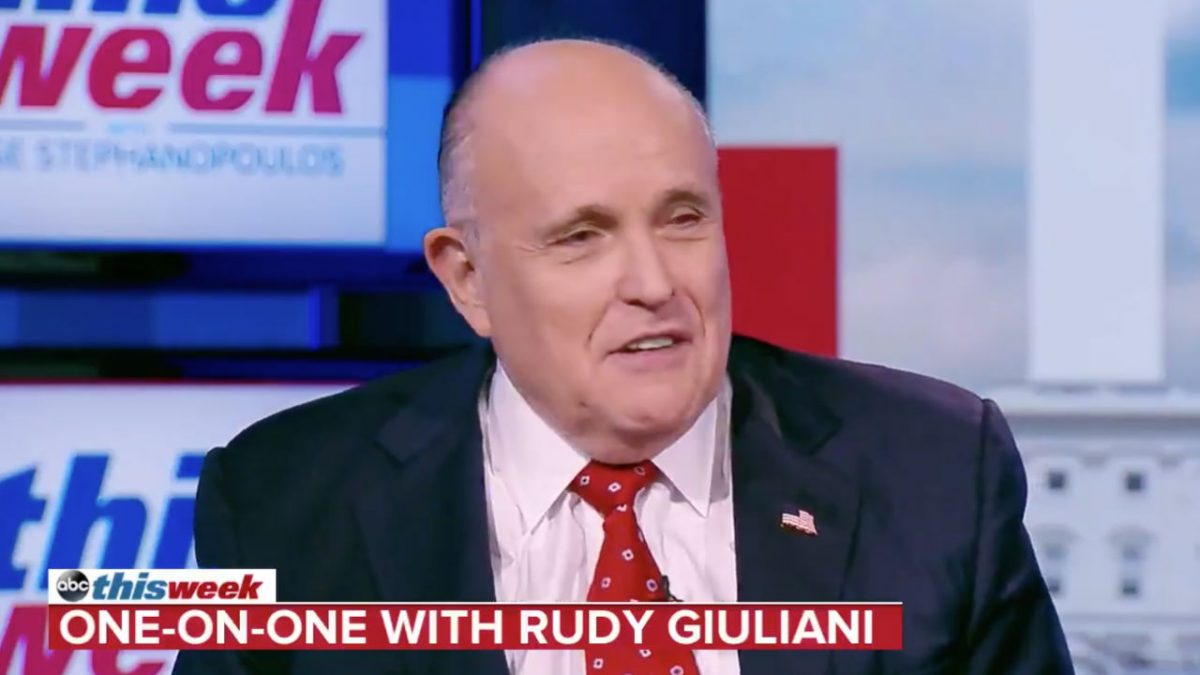 Today Rudy Giuliani said that Robert Mueller‘s team is trying to frame the President and that Kim Jong Un was begging on his hands and knees to get the North Korea summit back on. But he also commented on First Lady Melania Trump and her feelings about the Stormy Daniels scandal.

There is, of course, the news today that Daniels is going after her former lawyer for colluding with Trump lawyer Michael Cohen.

The Daniels-Trump affair has been a big news item for months now following the first reporting about the hush money from Michael Cohen, and today, per CNN, the President’s lawyer weighed in on FLOTUS’ thoughts, as well as getting in a dig at Daniels:

“I respect women — beautiful women and women with value — but a woman who sells her body for sexual exploitation I don’t respect,” Giuliani said. “Tell me what damage [Daniels] suffered. Someone who sells his or her body for money has no good name.”

Daniels’ lawyer Michael Avenatti weighed in on that statement about his client, calling Giuliani a “misogynist”:

Mr. Giuliani is a misogynist. His most recent comments regarding my client, who passed a lie detector test and who the American people believe, are disgusting and a disgrace. His client Mr. Trump didn’t seem to have any “moral” issues with her and others back in 2006 and beyond.