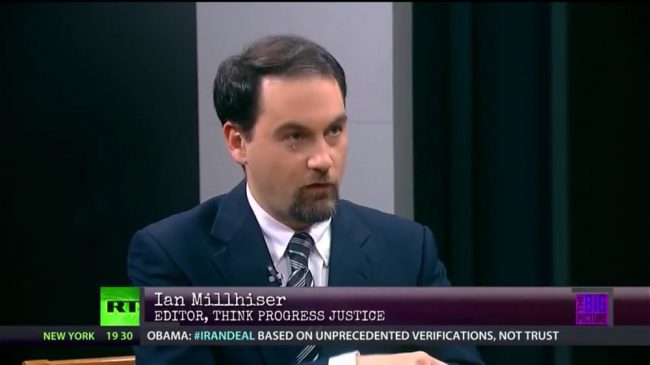 Ian Millhiser, a senior fellow at the left-wing Center for American Progress, posted a series of bizarre tweets on Wednesday about Neil Gorsuch that likened the Supreme Court nominee to a variety of fictional creatures.

Neil Gorsuch is that really studious guy you knew in college who was popular and well-liked and also a vampire who feeds on the innocent.

Neil Gorsuch is your college boyfriend who is kind-natured and good in bed and is also secretly siphoning your lifeforce to become immortal.

Millhiser gradually got more specific about his Gorsuch as pop-culture villain comparisons:

Neil Gorsuch is the kind of person who would have gotten away with it too if it wasn’t for you meddling kids.

I’m deeply saddened that there are people in this world who don’t understand that Neil Gorsuch is the villain in a Joss Whedon show.

Neil Gorsuch isn’t a bad guy if you look past the time when he turned into a giant snake and ate a bunch of people at Sunnydale High School.

Earlier in the day, the Center for American Progress fellow revealed his epiphany about the federal judge: “OMG! I just realized who Gorsuch is. He’s the Mayor from Season 3 of Buffy.”