Scahill: U.S. Gov’t Leaked Our Terror Database Story to AP Because We Pissed Them Off

Scahill: U.S. Gov’t Leaked Our Terror Database Story to AP Because We Pissed Them Off 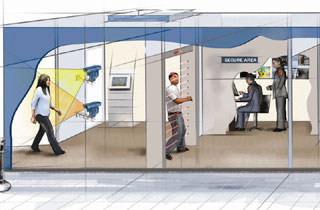 This morning, the AP came out with a story about the massive list of people on the US government’s terrorism database — specifically, that it had doubled between 2010 and 2013. “The government does not need evidence that links someone to terrorism in order for the person to be included in the database,” they reported.

But this article got Jeremy Scahill, who wrote an article about the same list for The Intercept, incredibly pissed:

US government, pissed we were publishing our story, tried to undermine us by leaking it to other news organization right before we published

Scahill’s article, published within minutes of the AP, is more damning than the AP’s and adds more context to the list’s growth: “nearly half” of the people on the list are “are not connected to any known terrorist group.”

Considering that the list doubled in three years, the number of non-connected people on that list is, understandably, high:

[In 2010], after the so-called “underwear bomber” tried to bring down a commercial airliner bound for Detroit, Obama loosened the criteria for adding people to the no fly list. The impact was immediate. Since 2010, the classified documents note, the National Counterterrorism Center has “created more than 430,000 terrorism-related person records” while deleting only 50,000 people “whose nexus to terrorism was refuted or did not meet current watchlisting criteria.” The documents reveal that more than 240 TIDE “nominations” are now processed each day.

“You might as well have a blue wand and just pretend there’s magic in it, because that’s what we’re doing with this—pretending that it works,” says former FBI agent Michael German, now a fellow at New York University’s Brennan Center for Justice. “These agencies see terrorism as a winning card for them. They get more resources. They know that they can wave that card around and the American public will be very afraid and Congress and the courts will allow them to get away with whatever they’re doing under the national security umbrella.”

In addition — and the AP doesn’t brush on this at all — homeland security is gathering invasive biometric information on the people on the list, regardless of whether they’re connected to terrorist groups or not:

“We’re getting into Minority Report territory when being friends with the wrong person can mean the government puts you in a database and adds DMV photos, iris scans, and face recognition technology to track you secretly and without your knowledge,” says Hina Shamsi, director of the American Civil Liberties Union’s National Security Project. “The fact that this information can be shared with agencies from the CIA to the NYPD, which are not known for protecting civil liberties, brings us closer to an invasive and rights-violating government surveillance society at home and abroad.”

The Intercept article — which is sourced from multiple current and former intelligence officials, actual government documentation, and is about 2300 words, compared to the AP’s 329.

UPDATE (2:40 PM EST): The Huffington Post has some more information about the leak, as well as this account of a conversation between First Look (the publisher of The Intercept) and officials from the National Counterterrorism Center:

A source with knowledge of the call said that the government agency admitted having fed the story to the AP, but didn’t think the reporter would publish before First Look. “That was our bad,” the official said.

Asked by editor John Cook if it was the government’s policy to feed one outlet’s scoop to a friendlier outlet, a silence ensued, followed by the explanation: “We had invested some quality time with Eileen,” referring to AP reporter Eileen Sullivan, whom the official added had been out to visit the NCTC.

Cook told the official that in the future the agency would have only 30 minutes to respond to questions before publication. Cook did not immediately respond to requests for comment.

[Image via Department of Homeland Security]