Scariest Part of Las Vegas Massacre? The Pro-Gun Message That Nothing Can Be Done 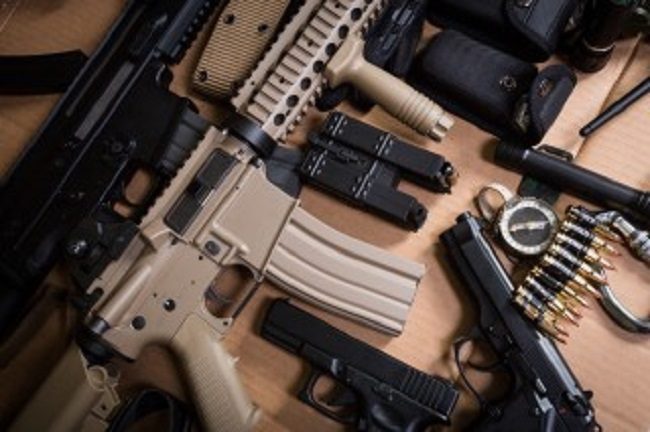 In the immediate wake of the Las Vegas concert shooting last Sunday, we have seen the most predictable public debate emerge over gun rights and calls for more effective regulation. True to form, Democratic leaders — and late night television hosts — have called for prescriptive legislative action while the GOP has condemned those calls as inappropriate and premature so early after such a horrible event.

But while the premature politicization of a tragedy is a shallow and craven rhetorical tactic, it’s one that has been employed by both sides of the political debate. And the silencing of serious policy questions that led us to where we now are is just as inappropriate, if not much worse.  Reminder: there is a significant difference between politics and policy. And discussion of more effective regulation of guns is a policy discussion not a political one. Ironically, dismissing policy discussions as improper and premature “political debates” is, in fact, a political tactic.

Which leads us to the most harrowing part of the public discourse that has followed the tragic events in Las Vegas on Sunday night. Those on the “gun rights” side of the debate — the fierce defenders of the Second Amendment with the broadest and inclusive definition of arms that we have the right to bear — seem to want us to believe that there is nothing we can do to stop the sort of massacre that led to at least 59 deaths and well over 500 injuries.

Tracking the political and policy rhetoric that has immediately followed Sunday night’s massacre, we’ve seen two distinctly different tacts. The progressive side has called for better regulation and blamed a very powerful gun lobby that is the NRA. But to my mind, the more chilling reaction has come from the traditionally conservative talking heads who have collectively shrugged their shoulders and said “What are you going to do?” The suggestion is that not only are we powerless to these mass shootings but that we would be wise to expect more of them. What?!

Former Fox News host and cable ratings king Bill O’Reilly said as much in an essay posted that called this mass shooting the “price of freedom”. O’Reilly seemed to throw up his hands and say “I can tell you that government restrictions will not stop psychopaths from harming people. They will find a way.” To be fair, O’Reilly is a proponent of  what he calls “logical gun laws,” but he dismisses the debate by oversimplifying the two sides in writing “the NRA and its supporters want easy access to weapons, while the left wants them banned.”

Pro gun rights activist Laura Ingraham hit a similar note this morning on Fox & Friends claiming that it’s not the role of government to prevent such a crime instead blaming America’s decaying moral values for the attack.  “Is there a government solution to every human problem? I would say no,” Ingraham said. She added, “We’ve done a lot to kick Christianity, God to the curb in our society…We can talk a lot about climate change and all these wonderful things in school, but we can’t say a simple prayer, even have a moment of silence in a lot of schools today.” She then stuck the landing, “You have to understand: there is not a government solution to every problem.”

But as Mediaite’s Aidan McLaughlin pointed out, Ingraham is all for government intervention on many other issues in which she fervently believes like stopping terror attacks (down with multiculturalism!) to anti-fascist protests (declare antifa a terrorist organization!)

And former House Speaker Jason Chaffetz  completed the holy trinity of shoulder shrugs when he also said on Fox News “I don’t know of a single thing that could have prevented this,” before adding that “I wish there was something that I could do to go back in time and just make sure that it never happened.”

I’m sorry but it strikes me as utterly bizarre that so-called thought leaders could witness the brutal and insensible attack in Las Vegas and the best they could effectively come up with is “shit happens.” In any other disaster circumstance — terror attacks in particular — there is a reasonable reaction for a prescriptive and remedial response to change how things happen. But when it comes to gun regulation, that appears to be verboten.

Imagine a strain of heroin made it on the streets of a major city that was so powerful that it killed 59 people and seriously injured over 500 people. Surely we’d try to do something to take that off the streets right? Or what if the Mandalay Bay hotel caught fire and killed 59 and injured 500 people, or a pharmaceutical mistake led to poisoning with the same? Reasonable people would call for reasonable regulation to make these a less frequent occurrence. It is true that we do not live in a perfect world, and we can’t regulate all evil from our lives. But limiting the chance for evil to reveal itself in such a common and disgusting manner is a realistic goal to which we should all aspire.

The NRA is — among other things — a well-oiled media machine that is locked and loaded to win the gun debate at any time, especially after an event like saw in Las Vegas. (And in Newtown, and in Orlando, and in Columbine, and at Virginia Tech, etc.) And given the well accepted cozy and financially symbiotic relationship that the NRA has with pro-gun rights politicians (and those who regularly appear in the media praising the NRA), it is not difficult to imagine talking points going out after the senseless events in Las Vegas. Based on what we are seeing on repeat from the pro-gun rights side of the debate, there is nothing to be done.

Perhaps they are right. Maybe we should just accept defeat and acknowledge that any one of us and or our children could fall victim to senseless and indescribable violence that came from a modified automatic weapon fired by a clearly unstable mad man. But maybe we could make it harder for semi-automatic weapons — that are apparently relatively easy to modify into the 400 shots-per-minute weapons used Sunday night — harder to acquire.

I’m not suggesting the taking away of guns from yours or anyone’s cold dead hands. Let’s just make the regulations more rigorous so that we can aim to prevent even one more tragedy like we saw Sunday night.

To the pundits who say there’s nothing that can be done I say, let’s at least try. Anything else is cowardly and embarrassing and to suggest as much is shallow, craven and an irresponsible use of your broadcast power.

Colby Hall is the Managing Editor of Mediaite.com and wishes that people weren’t so afraid that they could only feel safe by owning a weapon. Follow him on Twitter @colbyhall.