Sen. Jeff Merkley: Likely That ‘Something Close’ to the Pee Tape of Trump is Real

Sen. Jeff Merkley: Likely That ‘Something Close’ to the Pee Tape of Trump is Real 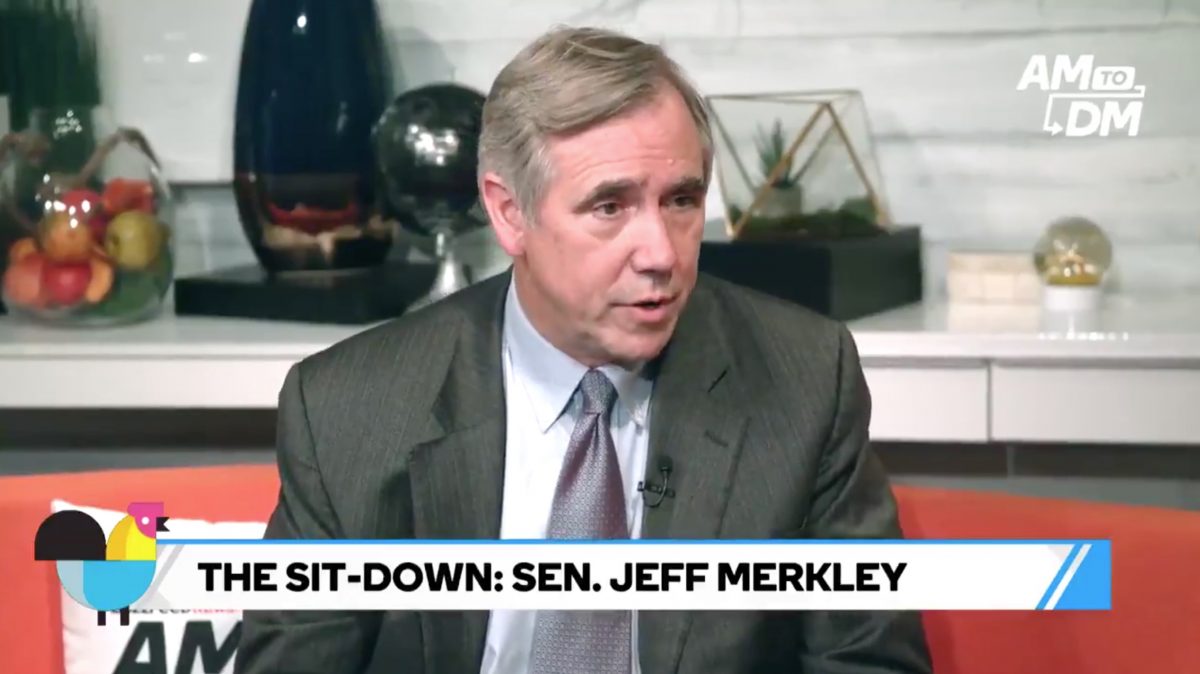 Sen. Jeff Merkley (D-OR) said he thinks it’s “likely” that “something close” to a video tape of President Donald Trump urinating on prostitutes is real.

Merkley made the wild claim in an interview with Buzzfeed editor in chief Ben Smith, who asked the senator about Trump’s warm words for Russian President Vladimir Putin.

“Do you think Vladimir Putin has something on him?” Smith asked.

“I think it’s likely,” Merkley replied. The Democratic senator explained that it’s a “standard strategy” of Russia to spy on famous visitors to gather dirt on them. Trump most recently visited Russia for the Miss Universe pageant in 2015, and unfounded rumors have swirled that the Russian government filmed him in some compromising positions.

“It’s standard strategy of Russia,” Merkley said, “to set them up with hookers, to tape everything that goes on in their room, so it’s likely that they have that.”

“Your view is that the pee tape is real?” Smith asked.

“Something close to that,” Merkley replied.

.@BuzzFeedBen: “Do you think Vladimir Putin has anything on him?”@SenJeffMerkley: “I think it’s likely.”

Smith: “Your view is that the pee tape is real?”