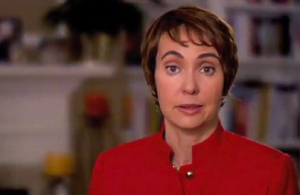 This past weekend Sen. Mark Kirk (R-IL) suffered a debilitating stroke. It is too early to say what his recovery will look like but doctors are hopeful and think “prospects for a full mental recovery are pretty good.” I wish Kirk and his family all the best. My mother has been a registered nurse for over 40 years and has related to me in detail the horrific effects she has witnessed strokes have on once lively and impassioned individuals.

It’s unclear what the protocol will be for his office as he recovers. Yes, it’s far too early to suspect if he will be able to return; if so, when, and in what capacity. But it’s never too early for Congress to have a detailed and equitable process that takes into full account a member’s immediate family, the concerns of their district and voters, as well as the fact that due to the nature of their congressional work, there must be a temporary succession plan in place.

It would involve: leaders of Congress, the governor from the member’s state, and the member’s family and doctors. If the member couldn’t conceivably return within a reasonable time frame, a temporary replacement could be named.

Having said that, there’s a near certainty that I will receive charges of being a Democratic hack who is so focused on partisanship that I would stoop to any level to get a Republican member out of Congress. Death threats may even ensue. All of this would be surprising if it were not for the fact that it would be… Déjà Vu.

Just a little over a year ago Rep. Gabrielle Giffords (D-AZ) was savagely shot in the head as she was speaking to a group of constituents. I made the case then — as I am now — that Congress must have a temporary succession plan in place for when members are medically incapacitated. They’ve skirted it long enough. There’s a history of Congress not dealing with this very serious issue. A firestorm erupted on Countdown with Keith Olberman, when Eugene Robinson, goaded by Keith Olbermann, called me “callous” and “soulless” as Olbermann painted me as a partisan Republican. Indeed, I received death threats as well. Olbermann was so vicious it almost seemed personal, and maybe it was. (It was later reported that Rep. Giffords was one of the three candidates Olbermann had not disclosed donating money to, thus violating NBC’s rules against conflict of interest and bringing about his suspension, which I later criticized as “pointless.”)

In Kirk’s case the charges of partisanship will be even more virulent because of how Senate vacancies differ from U.S. House vacancies. While the Constitution doesn’t mandate how vacancies in the Senate are handled (though state laws do differ), the Constitution does mandate that all House vacancies be filled through a special election. So whether Giffords had stepped down 8 months ago or yesterday (as she did), there would have always been a special election to replace her. However, because Kirk is a senator his replacement would be determined by Illinois Governor Pat Quinn, a Democrat, who most likely would appoint a member of his own party. Such allegiance is almost always the case regardless of party. This would be a replay of 2008 when then-Senator Barack Obama resigned his seat and Gov. Rod Blagojevich appointed democrat Roland Burris to finish the term.

Gabrielle Giffords announced her resignation from Congress nearly a year to the day of the shooting. While she has had a courageous and remarkable recovery, unfortunately this outcome was not surprising. During the early parts of her recovery doctors had said in response to Giffords being able to folllow short verbal commands and respond to touch “[w]e talk about recovery in months to years” and that “this was as good as it was going to get”.

A close friend and supporter of Giffords summed up well what a temporary succession plan would help a member like Giffords achieve in a reasonable amount of time, not years: “what was in her best interests and those of her constituents.”

John S. Wilson is a freelance writer who focuses on politics, health policy and technology. He frequently writes for NewsOne, Black Enterprise, and Mediaite, and can be reached on Twitter:@johnwilson