Shame On The AP For Surrendering To Left-Wing Language Policing

Shame On The AP For Surrendering To Left-Wing Language Policing 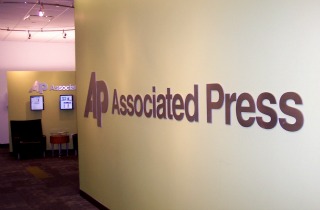 The Associated Press has rolled over in the face of political pressure and dropped the term “illegal immigrant” from their style guidelines. They have implicitly accepted the liberal notion that using the term outside the context of an action is offensive. “No human being is ‘illegal,’” immigration activist Jose Antonio Vargas recently wrote. Apparently, the AP agrees with this fatuous, self-obsessed interpretation of the generations-old descriptor. Far from ducking controversy, however, the AP has invited it with this editorial modification. They have accepted a left-wing premise intended to help advance a liberal political agenda. There is nothing impartial or objective about this decision – in essence, the AP has thrown in their lot with progressive political activists.

RELATED: AP Drops ‘Illegal Immigrant’ From Stylebook: ‘Illegal Should Describe Only An Action’

The AP may believe they are maintaining the pretense of neutrality by caving to the demands of the left’s paternalistic obsession with language, but nothing could be further from the reality. The fact is that the liberal war on the term “illegal immigrant,” like so many other terms the left has deemed unsatisfactory or loaded, is part of a comprehensive strategy to advance a partisan political agenda. By striking the term from their stylebook, they have effectively declared allegiance to a political cause.

The demonization of the term “illegal immigrant” is only the most recent in a long line of attempts by the left to shift political conflicts onto more advantageous linguistic battlefields. Woe to those who describe the current political fight over new gun laws as a debate about “gun control.” No, no, you unsophisticated brute. The preferred term is now “gun safety.” Are you in favor of “gay marriage?” Of course you’re not, given your use of such an archaic phrasing. “Marriage equality” is the latest password into the progressive speakeasy. Dare to describe any pro-choice advocate as “pro-abortion,” and the only way to atone for your flagrant disregard for linguistic norms is ritualistic Seppuku. The exercise of one’s “reproductive rights” is the acceptable term of the moment for those who chose to terminate a pregnancy.

It was not long ago that opinion writers who dared call the Patient Protection and Affordable Care Act of 2010 “Obamacare” were called out by the left for revealing their knee-jerk anti-Democratic agenda. For good measure, the beasts that employed such a callous term were also said to be betraying a measure of racial antipathy towards the president, as well as the nation’s uninsured minorities. That was, however, until President Barack Obama himself used the term approvingly to describe his signature health care reform law. Overnight, “Obamacare” became an acceptable form of shorthand for the ACA. To my knowledge, no apologies were ever issued from those liberal opinion leaders who assigned racist motives to writers that employed this suddenly acceptable term.

The battle to substitute terms language liberals ascertain to be a hindrance to the pursuit of their agenda with terms they find more amenable serves a political purpose. All of the terms listed above which have been deemed inappropriate, or worse, have achieved a negative connotation all on their own. The concepts they describe are deeply unpopular, and they became unpopular after years of public debate. The cause of the law-breaking immigrant is not especially popular, but the plight of the undocumented laborer is a far more sympathetic one. Gun control has been an electoral loser for Democrats for more than 20 years, but who in the world could oppose gun safety? As the nation continues to become more pro-life, calling oneself “pro-choice” no longer enjoys the righteous connotation required for the politically self-conscious to feel good about themselves. Watch for “social insurance,” or some other anodyne and meaningless term, to be the only acceptable way to describe the nation’s bloated entitlement programs as liberals continue to lose voters’ trust on the issue of reforming Medicare, Medicaid and Social Security.

And these are not preferred guidelines that one is free to follow or disregard at their leisure. These linguistic mandates are enforced by an aggressive left-wing. The internal pressure that liberals writing for AP who regarded the term “illegal immigrant” to be racially insensitive must have put on their editors was probably significant. For this reason alone, the AP should have resisted this pressure. A truly free press would bristle at being forced by an aggressive minority to amend stylistic guidelines in order to advance a political agenda.

To their shame, the AP has abdicated its role as a neutral chronicler of events. What may seem like a small and insignificant bit of linguistic moderation is in fact a capitulation in the face of political pressure. There was a time when reporters would wear the affliction they deal to political activists of either partisan stripe as a badge of honor. Today, they contort themselves in order to aid activists with whom they agree. That is not journalism; it’s advocacy.