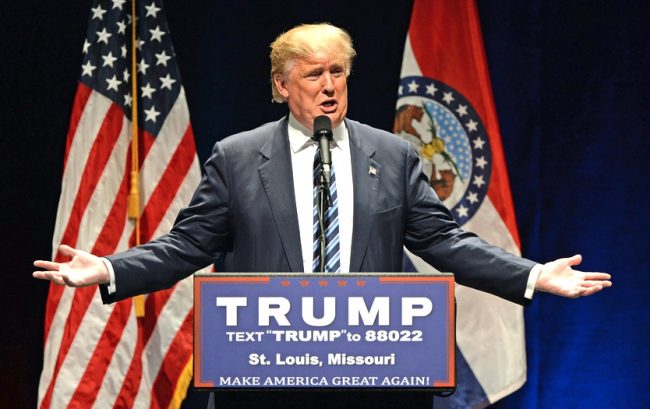 Of all the silly, wrongheaded one-liners I’ve heard from conservatives over the years, “government should run like a business” ranks near the top.

And for these folks, President Trump was their champion.

Trump campaigned as a faux populist and outsider who would “drain the swamp” (which really meant replacing it to instill a much larger swamp), routinely railing against the bloated government bureaucracy and inefficiency.

Having covered nearly two dozen Trump rallies on the campaign trail, Trump tossed out fairy dust to his supporters: he’d swoop into Washington, and with the mere touch of the Donald, bing, bing, bing, winning!

And in 65 days, Trump’s gotten quite the crash course on running government like a business.

While trying to unilaterally pass autocratic, xenophobic executive actions, Trump was shocked to learn there are checks and balances embedded in U.S. government that wouldn’t allow him to do whatever he pleases.

When attempting to strong arm the president of Mexico, Trump was surprised to learn the huffing and puffing he’s mastered in his real estate business doesn’t automatically transfer over to bilateral negotiations.

And in the most epic fail of the young Trump presidency, Trump was floored that he couldn’t pound the Tea Party wing of the Republican Party into submission with mere threats of working to oust them in their respective 2018 races if they didn’t vote yes on the Trumpcare bill that, according to reports, he had very little knowledge on.

Trump, who in business never had to coral 60 Senators for anything, also complained about the “arcane” rules in the House and Senate that made it hard to pass Trumpcare—like 60 votes to break a filibuster.

Bigger than this, Trump learned that, in contrast to the business world, you can’t create complicated laws by merely shaking on it and saying: “We’ll call you on the details next week.”

But, in reality, the biggest obstacle to Trump running the government like one of his glorious businesses (even though a large percentage have been HUUUGE failures) has been Trump himself.

The name of the game in any successful business is brand and reputation; Trump’s was already shaky to begin with upon entering the Oval Office, and it’s only worsened in just two months.

With his historically bad approval rating bottoming out at 37%—including his strongest base support of men and white voters dropping 6% and 5%, respectively—Trump’s make-it-up-as-you-go presidency is finally smacking up against reality.

This recent Quinnipiac poll also found that Trump’s knack for lying is starting to leave an impression: nearly three-quarters of voters think the president and his administration make statements “very often” or “somewhat often” without evidence to support them.

Translated: President Trump is a liar. And who wants to do business with a liar?

In reality, Donald Trump is a glorified used car salesman who started his meteoric rise on third base thanks to a very generous million dollar loan from his father. He’s certainly demonstrated talent and charisma in certain areas, but in the political arena, has only shown hot air, hate, and a lack of seriousness.

His incompetence might be the saving grace of fearful progressives, minorities, and good-hearted people around the country: he simply has no political experience, work ethic, or knack for executing on policy.

But, alas, there’s one nonsense talking point Trump has debunked by his debacle of a presidency.

You can’t run government like a business, because, well, the CEO of America has to answer to the other branches of government—and the American people.

Jordan Chariton is a Reporter for The Young Turks, covering politics, corruption, inequality, and social injustice. He’s also a columnist for Mediaite, founder of Truth Against The Machine, and a former producer at MSNBC and Fox News. Follow him @JordanChariton.
— —