Social Media Malaise: Why Frequenting Facebook Can Make You Miserable 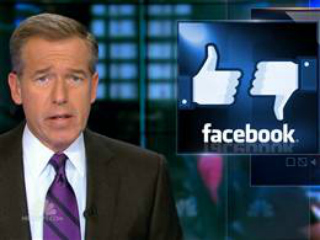 We all have them.

That one friend who somehow, incredibly, doesn’t have a Facebook page…

Of course, with the number of Facebook users now at 1.15 billion, finding a refrainer from the social network becomes an increasingly difficult task. My friend George falls into this category: He says if he needs to catch up with someone or share a story around, say, finishing a tough workout or buying a sundae, he’ll just pick up a (expletive) phone.

Georgie-boy joins three other notable people who prefer to keep it old school when it comes to not having a Facebook account.

What makes it interesting about these guys is that Sorkin wrote The Social Network, while Eisenberg and Timberlake starred in it, with the former playing Mark Zuckerberg, the kinda-founder of Facebook (what can I say? The Winklevoss twins kinda got screwed).

So with so many folks on Facebook and instant communication with “friends” at unprecedented levels, the world must be a happier place, yes? The days of planning happy hours or leaving voicemail messages are long gone. Need to share vacation pictures, news of a new significant other, or any and every inane thought in your head (like buying a sundae)? Simply post it on Facebook and keep the masses happy.

But a new study says just the opposite is happening. In fact, according to a study by the University of Michigan, researchers found that the more time spent on Facebook, the more feelings of happiness decrease and feelings of depression increase.

The Michigan study mirrors a similar study out of Sweden, where researchers at the University of Gothenburg studied 1,011 people and concluded that “Facebook usage had a significant negative relationship with self-esteem. In other words, the results indicated that users who spend more time on Facebook have lower self-esteem.”

The reason behind this depressed state is simple: Envy.

Well, let’s say someone perpetually single is on Facebook often. What do they see?

Photo after photo of this person out to dinner with this spouse here, a declaration of love to this person there (the latter being particularly grating, since any “You’re not only by husband, you’re my best friend” anniversary sentiments could EASILY be shared face-to-face (and are likely written while husband/best friend is sitting right next to them). Meh.

Oh, you just bought a house? Well, it’s practically law to post photos of every room on Facebook…and let the undeclared rivalry between new homeowners begin! And that’s what Facebook is used for: Subtle, somewhat evil means of communication and competition. Sure, it may appear as if you’re simply sharing a benign picture of a kitchen with all your friends, but let’s call a spade a spade: That kitchen photo was posted with a specific target or two in mind (the so-called friends who also just purchased a home who you know are monitoring Facebook like an NSA analyst tracks Al Qaeda chatter).

The same goes for any divorcee or suddenly-single guy or gal: When posting a “check-in” to a restaurant with Jane or John, it isn’t done because you’re happy to be grabbing an agreeable meal…it’s simply to illustrate you’re not alone anymore (“See? I CAN move on! I AM attractive to someone else. Really, I am!”)

Secondary target: Friends who believe you’re two steps away from becoming the next Jodi Arias…or the 21st Century-version of Orenthal James.

And with depression that comes from envy is the grass is greener mentality. This aspect doesn’t come from the aforementioned studies, but from the University of Conch, which hosts the University of Phoenix to kick off the college football season in September. Anyway, GIGM (grass is greener mentality) derives from a constant need to be in contact with people, but preferably not face-to-face (somehow in 2013, the last sentence actually makes sense).

Exhibit A can be found at a restaurant near you. Does this sound familiar? Six friends are out for a meal. It’s a Saturday night. And maybe half the table is talking to each other. The other half, of course, is either posting something on Facebook, or involved with something even more insidious called Snapchat, or texting a person not worthy enough to be invited in the first place. Consequently, the mood in the joint—which used to be hopping just a few years ago—is more like a newsroom: Choppy conversation mixed with people buried in screens and hitting keys furiously.

Fortunately, some restaurants, along with people who find typing at a table insulting, have come up with two solutions:

1) More than a few are now offering 5-10 percent off any bill if all patrons at a table surrender their phones. Genius! Something called conversations ensue, all without distraction or interruption (save for a trip to the lavatory). As a result, the atmosphere of said restaurant becomes alive again, and that can only be good for business.

2) This happened during a recent meal I had with some old friends in Hoboken: Everyone at the table was asked by the organizer of the evening (which ironically was facilitated via Facebook) to place their phones in the center of the table. He then declared, “Whoever reaches for their phone first pays the bill!” Wow, even more genius…particularly with eight people running up a crippling tab. In a related story, it was the best meal I’ve had in years, and that’s with my steak being overcooked.

Social media and texting can keep us constantly connected.

Both can also keep us constantly dejected.

It seems we always need to know what’s going on in everyone else’s lives…and Facebook—for better or worse—provides that service. And in the process, greatly assists in breaking that whole “Thou Shalt Not Covet” Commandment.

Mae West once said that too much a good thing can be wonderful.