Stephen Collins: I Am Not a Pedophile
video

Stephen Collins: I Am Not a Pedophile 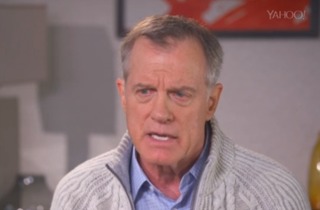 Stephen Collins is speaking out after his wife released a 2012 recording in October in which the 7th Heaven actor admitted to repeatedly molesting underage girls for many years. In a preview released Friday morning, the embattled actor sat down with Katie Couric to discuss his actions over the years, and said unequivocally that he does not fit the definition of a pedophile.

Asked by Couric how he would describe his behavior, Collins said he just “gave in, several times, to exhibitionistic urges” and “had big boundary issues” in his younger years.

In advance of the Couric interview, Collins released a statement to People Magazine in which he acknowledged sexually abusing the three underage girls and said he has yet to apologize to two of them, adding that the 2012 recording taken by his estranged wife Faye Grant during a therapy session was done without his or knowledge or consent. The recording is what originally revealed that Collins admitted to repeatedly molesting underage girls for many years. As a result, the LAPD re-opened the case after it was originally looked at in 2012, and Collins was dropped from a movie and a TV show he was a part of.

The full interview will air tonight on 20/20.

Watch the video below, via Yahoo! News: