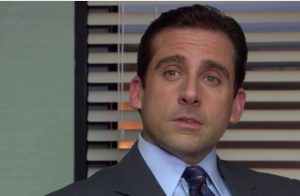 It feels like every show is being rebooted. Gilmore Girls came out with four new episodes in November, Arrested Development is probably getting a fifth season, and at this point we’re actually starting to have hope that Friends may get the gang back together after all. So why not The Office? Steve Carell made a lot of people’s days today when he tweeted that the beloved workplace sitcom was coming back:

Unfortunately, shortly after Carell let us know he was just trolling us:

Wait, sorry. I meant “Will and Grace” (Typo)

As you can probably imagine, emotions on Twitter continued to run high. This time though, it was totally opposite:

Honestly, let’s all just blame Toby for this one.

This could only be the foul work of Toby…Did he hack you?! @SteveCarell