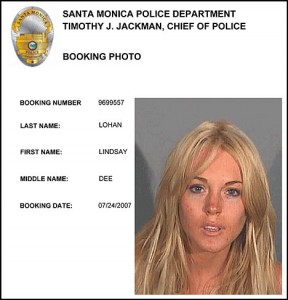 Everyone in the online world knows about the Traffic Bait post. Those articles that aren’t really news but are posted just to drive some clicks. Obviously, we at Mediaite would never, ever, ever stoop so low. And it’s a good thing because a new analysis by the company Perfect Market has shown that those posts, while they may drive traffic, they don’t lead to ad clicks and, therefore, don’t make the sites any money. Well, I guess I can stop working on my hard-hitting report “Top 10 Nudest Megan Fox Nude Scenes in the Nude.”

Basically, the study found that the highest amount of ad clicks came from engaging stories that are, in some way, related to the ads that appear on them.

By contrast, articles on Lindsay Lohan generated $2.50 for every 1,000 page views.

‘There are not a lot of contextual ads on Lindsay Lohan stories,’ said Robertson Barrett, the chief strategy officer at Perfect Market.”

So, if you’re, say, doing a post about Brett Favre taking pictures of his penis, you’re going to need to match it with ads for the latest high end cameras. That certainly makes sense. But what kind of ads would do best next to this post? Ads for ads? My brain hurts just thinking about it.