The Syrian Electronic Army hacked into Barack Obama’s Facebook and Twitter feeds on Monday afternoon, redirecting links on his tweets and status updates to a YouTube video about Syria.

The hackers did not, apparently, access Obama’s actual accounts, but rather the link shorterners: 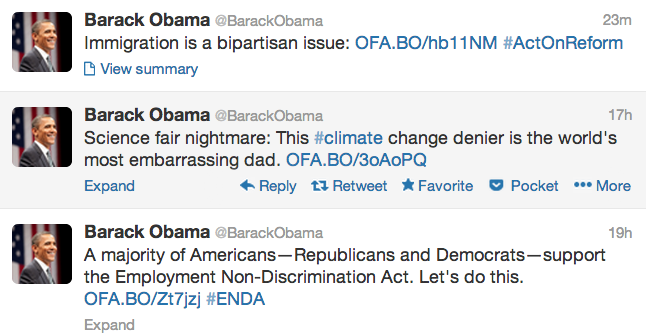 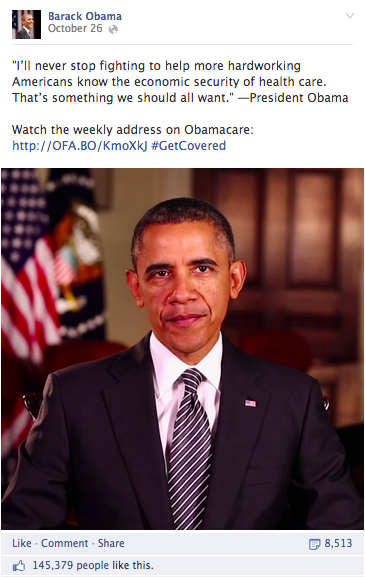 The tweets and updates are real—they now link to the intended sources, such as a Washington Post article about immigration—but they previously directed to a YouTube video called “Syria Facing Terrorism,” which opens with footage of the World Trade Center attacks and continued onto a montage of images of Syrian violence. The video accuses the United States of fighting terrorism against its own people while supporting it elsewhere.

“All the the links that Barack Obama account tweeted it and post it on Facebook was redirected to a video showing the truth about Syria,” the group claimed in an email to Mashable. The SEA also told Mashable how that it gained access to the links through one of the administrator’s email accounts:

In a followup email, the SEA provided screenshots that show how it altered the links in Obama’s social media posts. The group appears to have hacked the email address of Suzanne Snurpus, one of the admins of BarackObama.com, though which it gained access to a control panel for the site through Blue State Digital (BSD), a company that helped the Obama campaign with digital strategy and technology services in 2008 and 2012. 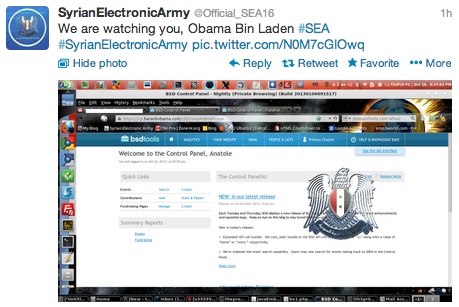 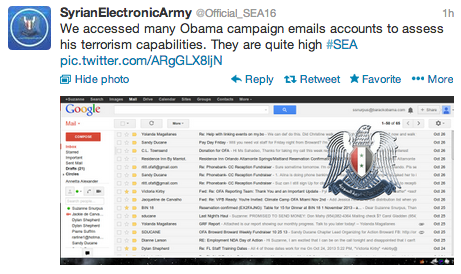 …and noted that Organizing for Action’s account was overdue: 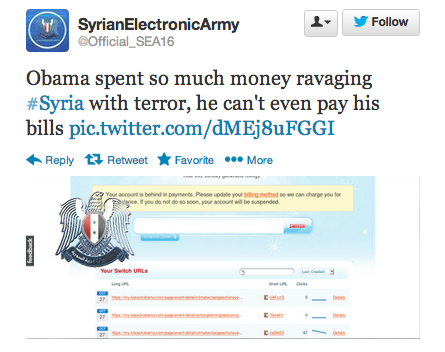 Watch the video below (warning: graphic):