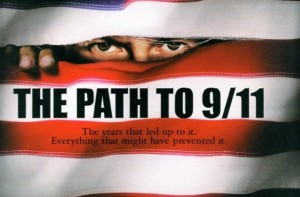 As we remember the fifteenth anniversary of 9/11, one of the many things we have completely forgotten is that it is now ten years ago that The Path to 9/11, the best film ever made about the events leading up to that tragic day, was blatantly censored by ABC/Disney. The $40 million two-night docudrama mini-series had key scenes edited out at the very last moment and, contrary to the original plan for the enormous undertaking, has never been seen again, not even via on-demand or DVD.

This was a brazen political act by a major media company, backed by much of the rest of the news media, to protect Bill and Hillary Clinton. It was also an affront to both artistic freedom and historical accuracy.

One of the many reasons that I have been so frustrated with absurdly being called a “Hillary supporter” (and much worse) for being a conservative who has been consistently very critical of Donald Trump, is that my first documentary was about the real story of this outrageous episode. It is probably one of the most damning films ever made about the Clintons.

Blocking “The Path to 9/11” told the remarkable and infuriating story of how The Path to 9/11 was somehow transformed from a extraordinary piece of art which tried to educate the public about what led to those terrorist attacks, into a “conservative” political hit piece. At the heart of the controversy was whether or not Bill Clinton, when president, declined to take out Osama bin Laden despite having multiple opportunities to do so.

The Path to 9/11, demonstrating that no good deed goes unpunished, began as the most well-intentioned project in recent Hollywood history. The goal was to take the 9/11 Commission report and put it into a form which was dramatic and compelling enough to captivate a mainstream audience over two nights on the fifth anniversary of 9/11. The original purpose was to use this amazing venture as a learning tool in schools and to be rebroadcast on ABC television on ensuing anniversaries, like today’s.

The man given the task of writing this mini-series was Cyrus Nowrasteh, who until then, while very accomplished, was largely unknown. He was also mildly conservative, which, by Hollywood standards of the time, means that he didn’t think that 9/11 was just a ruse so that George Bush could get us into a war with Iraq. When the film came out he would be wrongly portrayed in the news media as something of a mix between Sean Hannity and Alex Jones (back then there was still a difference).

When the film was completed, I was one of the first to see it in a screening for Los Angeles media types. I was stunned by the scenes depicting Bill Clinton passing on taking out bin Laden due to fear of political backlash and his vulnerability because of the Monica Lewinsky scandal. Not because this was an inaccurate depiction of reality, but because I knew how dangerous this narrative would be to the Clinton legacy and how willing the news media would be (at least back in 2006) to protect it.

I instinctively knew that broadcasting this on network television in primetime to tens of millions of people who had never been exposed to this aspect of the story would cause a major media firestorm. I immediately sought out the head of the project, Quinn Taylor, whose idea the whole thing was. Quinn (who happens to be openly and flamboyantly liberal) was shocked when I told him there was going to be a problem. I don’t think he took me very seriously. I went on my radio show that evening and predicted that they were going to be hit by a hurricane and that the program may not even air.

Well, sure enough, when some Clinton supporters saw a similar screening in Washington D.C., all hell broke loose. They immediately began a vicious attack on the film and the filmmakers which completely ignored the facts of the situation and focused instead on creating a false and ridiculous narrative that the mini-series was part of an anti-Clinton conservative conspiracy (which, at the time, would be like claiming it was possible for a liberal like Donald Trump, who blames Bush for 9/11, to be the GOP presidential nominee).

Leading this charge was Max Blumenthal, the son of long-time Clinton advisor Sydney Blumenthal. He ignored Taylor’s and liberal ABC’s role as the creator, painted Nowrasteh, with zero evidence (he spoke at the “Liberty Film Festival”!), as a right-wing hack, and bizarrely defamed the Christian charity of the father of the film’s very apolitical director David Cunningham. Much of the rest of the liberal media, most egregiously Keith Olbermann and Wolf Blitzer, blindly picked up this preposterous narrative and ran with it. Numerous prominent Democratic congressional leaders rushed to cameras to condemn the film, and even threaten ABC’s FCC licenses, even while admitting that they had not even seen the mini-series!

With this cover provided by his friends in the media and on Capitol Hill, Bill Clinton (according to reports confirmed to me by Taylor, who has since moved on to NBC) personally lobbied Disney’s head Bob Iger, a big Clinton contributor, to edit or kill the film entirely. With the media blowing the wind at his back, Clinton got what he wanted and film was castrated, losing its most powerful scenes while becoming disjointed artistically and discredited in the collective public consciousness.

The plan to use the mini-series in schools was scrapped and the best depiction of how we all allowed 9/11 to happen has never been seen again (except in my film, which includes the deleted scenes). In short, the bad guys won and the truth, as well as the fight against Islamic terrorism, lost.

The Clinton crowd’s only substantive complaint about the film was that the scene which showed a chance to get bin Laden being squandered by political cowardice was not technically accurate because it was a conflation of several chances which were blown. In effect, Clinton’s “argument” was that any artistic license taken to save time (which is a required technique for a docudrama) was worthy of being censored, at least if it is politically harmful to a prominent Democrat.

Any semblance of a legitimate case that the Clintons had however was blown apart with the sudden discovery (unfortunately many years after my documentary was released) of an audiotape of Bill Clinton essentially bragging that he had indeed passed on killing bin Laden. The most amazing part of this story (of course, largely ignored by the news media) is that it came from a speech Clinton gave in Australia on September 10th, 2001.

I have often marveled at the audacity of a former United States president getting a media company to censor scenes in a film relating a truth he himself was on tape admitting to the day before they became very relevant. I wish Clinton had shown such balls when it came to getting bin Laden before the terrorist leader struck on our homeland in such a devastating manner.

As for Max Blumenthal, the activist pretending to be a reporter, who was used to spearhead this political attack, his demise has been one of the few elements of justice in this fiasco. The Hillary Clinton campaign recently strongly distanced themselves from him due to comments he made about Elie Wiesel just after his death. I must admit to having smiled when I saw the Clintons had cut loose this guy.

Cyrus Nowrasteh, while his reputation in certain Hollywood circles was clearly unfairly damaged by this chapter, has gone on to write and direct two major movies. “The Path to 9/11,” in a remotely rational world, would have been a career-making achievement which would have had an enormously positive impact on the safety of our country. Unfortunately, we now live in a culture where people who do truly great work are more likely to suffer criticism than to be rewarded. Cyrus, who is now a close friend, and his mini-series, deserved much better.

In today’s America, up is down, down is up, right is wrong and wrong is right. If there was ever any hope that the impact of 9/11 would somehow reverse this trend, it has long since faded. The fate of “The Path to 9/11” is the ultimate proof of that sad reality.