The Debate Questions that Hillary and Trump Should Fear the Most 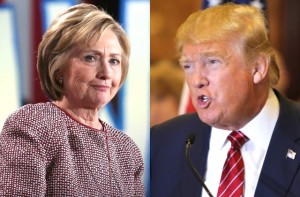 I have continually said that a major event would have to happen for Donald Trump to beat Hillary Clinton. While several things have recently occurred (her 9/11 collapse, terrorists attacks, riots) which have weakened the ice on which she stands, it is still fairly stable.

Monday night’s first debate, with its huge live audience, obviously offers a tremendous opportunity for an unexpected earthquake to alter the trajectory of the race. In my view, there are really only a couple of subjects (barring, of course, a Rick Perry “Oops” moment) which would contain enough dynamite to theoretically blow up the current state of the contest.

This gives enormous (and probably too much) power to the moderator, Lester Holt, to navigate the discussion either towards or away from the relatively few major mine fields. Trump has already, incorrectly, referred to Holt as a Democrat in his attempt to protect himself in case he gets humiliated by his lack of knowledge. However, I strongly believe there is a fairly likely scenario where Holt ends up effectively giving Trump the lead in this election.

As I discussed at the very end of my interview on yesterday’s Glenn Beck show, if I were part of the Clinton campaign (which obviously, contrary to a lot of my Twitter feedback, I’m not), I would be terrified of one question more than any other. It would go something like this:

“As you know, police violence against blacks has been a major news story for over a year now and has caused recent rioting/protests in Charlotte, North Carolina. San Francisco 49ers quarterback Colin Kaepernick has begun sitting for the National Anthem before games and his protest has spread to football teams of all levels throughout the country. Do you support what Kaepernick is doing and should high school students be allowed to follow his lead?”

If something like that question is asked, I simply don’t see any way Hillary escapes without significant, and possibly catastrophic, damage. There are several reasons for this, some of which may not be immediately apparent.

The first is indeed rather obvious. Hillary must express support for Kaepernick’s protest because among her most important voting-blocks is inner-city blacks. It is so popular that his jersey is now the top seller in the entire NFL, even though he is only a backup player. While she might be able to soften the blow with a vigorous defense of “free speech,” her hands are completely tied politically when it comes to where she must come down on the general issue.

Secondly, my guess is that within Hillary’s bloated staff of debate preparers there is no one of the proper “rural” sensibilities to fully understand just how dangerous this question is to her and therefore she is unlikely to be prepared to pull the “Houdini” act necessary to slip out of its straightjacket. If I’m indeed right about that, an ambush like this could be disasterous.

Thirdly, there could not be a subject more in Trump’s wheelhouse where he would have the chance to defend America on an issue where the average person fully understands the details, and where the majority already agree with him (NFL legend Mike Ditka may have already laid Trump’s groundwork). He could even invoke his experience as the owner of a professional football team (in the old USFL, which an ESPN film blamed Trump for destroying) and probably come up with a really cool totally fabricated story about how he once ordered the team to practice standing properly for the National Anthem.

The best case for Hillary here would be a clear loss on an issue which might hurt her in key states like North Carolina, Ohio and Pennsylvania. The worst case for her would be that she completely loses her advantage with suburban, college-educated white females which is the source of almost all of her very narrow current lead.

Ironically, I think there is a reasonable chance that the Charlotte riots may have created a break for Hillary on this. Before those events I was nearly certain that the “Kaepernick” question would be asked, but now I’m not so sure. It would now seem more likely that the social unrest itself will be the focus of a question on its own and it would seem odd that one subject, as important as it is, would get two distinct inquiries from the moderator. The riots are troublesome for Hillary, but without the direct connection to patriotism, the topic is not nearly as lethal.

As for Trump, there are two topics he should desperately hope do not come up (though in a sane world they obviously would) in direct questions. They are his refusal to honor his commitment to release his taxes, and the sudden ending of his “Birtherism” crusade.

It is not just that Trump would be very hard pressed to suddenly come up with a cogent answer to explain either problem after numerous prior failures. The most dangerous element of these topics is that I am convinced that most low-information “undecided” voters are blissfully unaware of these absurdities, and why each of them should shatter Trump’s entire campaign narrative.

Simply having these topics raised in front of a huge live audience, which would then give fodder for the news media to revisit them for days afterwards, would be extremely damaging to Trump’s chances of expanding his vote. Even if the questions are not asked directly, if Clinton doesn’t raise them herself (distracting the audience with “Birtherism” may be the only way out for her on “Kaepernick”: “I will not be lectured on race relations by the man who lied about the first black president being born in Africa!”) then she deserves to lose.

In a society where substance mattered, these are not remotely the issues which would decide who was the leader of the Free World. However, we are in the “Kardashian” era and, sadly, these are the subjects that “swing voters” are capable of understanding and about which they might care enough to motivate a change in their support.

Our Founding Fathers would be so proud.