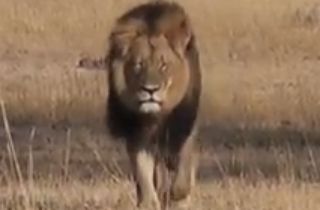 Ever since Walter James Palmer was identified as the killer of famed Zimbabwe lion, Cecil, the Internet has let him have it. The Minnesota-based dentist claimed that he didn’t know he beheaded and skinned a famous animal, but that didn’t stop the online outrage, the condemnation from PETA, or the Yelp users who trashed his practice.

On Wednesday, The Hill published a blog about how Palmer is such an atrocious monster, that he once donated to the GOP.

While this angle has largely gone unreported across the media, The Hill’s Twitter profile received numerous questions regarding what Palmer’s donations have to do with Cecil’s death:

@thehill and this is newsworthy how?

@thehill Attacking Romney when he's not even running? Must want to attack him for being right on every single thing in the debates.

JUST IN: Donating money to Romney causes people to do bad things. via @thehill https://t.co/j6hjlbYuOJ

@thehill And so what? Hillary won't even tell us who donated to the Clinton Foundation.

@thehill I look forward to the blistering expose on how the Chattanooga shooter donated to Planed Parenthood. #Nonsense #LiberalBias