The Reviews Are In And…Wait, Hot Tub Time Machine is Good?

The Reviews Are In And…Wait, Hot Tub Time Machine is Good? 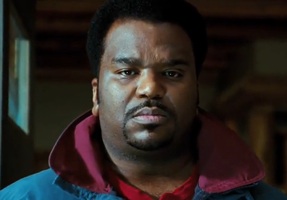 Maybe you’ve seen the trailer or vaguely get the premise of Hot Tub Time Machine (it’s below, just in case). Four guys get into a hot tub and are sent back in time to a universe that still only knows Michael Jackson for his music and . It’s Bill and Ted with a more outlandish concept and less Keanu Reeves. I’ve seen that trailer way too many times because, or at least I believe, that I’m the targeted demo of a 25-34 male who watches sports and Comedy Central too much. It should be my sense of humor, but I was doubting it.

Something’s happening this morning. I noticed it first last night when Roger Ebert posted the link to his review, and then Pat Kiernan, Mediaite contributor and the guy who, in my head, will always be the host of the World Series of Pop Culture, noted that New York Daily News was also fairy complimentary:

I’m sorry, but how can you not want to see a movie called “Hot Tub Time Machine”? I’ve been intrigued since I read about it months ago. The premise is that a group of male friends is transported back to the 1980s via, of course, a hot tub. The New York Daily News says “this guys-gone-wild comedy is actually pretty damn funny,” due in large part to Rob Corddry, whose role is the most “memorable showcase for a goofball co-star since Michael Keaton in 1981’s ‘Night Shift.’”

Now I just may have to go check it out, and that scares me. Could this year’s Hangover really involve meta-80’s jokes and a jacuzzi that breaks the time-space contiuum? Let’s see how it does come the release of box office numbers on Sunday…

It is worth noting that Mediaite’s Smart Hollywood started this trend, with a super smart and insightful review from Wednesday. Check that review for the real deal.