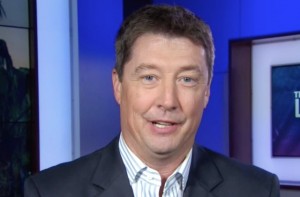 While speaking to the New York Times on a piece detailing recent attempts by conservative media outlets and figures to paint the mainstream media as disseminators of “fake news,” Mediaite columnist John Ziegler explained how pundits have been able to successfully destroy the press’s credibility.

The NYT article highlighted how places and people like Rush Limbaugh, Breitbart News and InfoWars are now reframing the term ‘fake news’ to focus broadly on news that is “hostile to their agenda,” rather than deliberately fabricated stories meant to go viral. As author Jeremy Peters noted, by “defining “fake news” so broadly and seeking to dilute its meaning, they are capitalizing on the declining credibility of all purveyors of information, one product of the country’s increasing political polarization.”

Ziegler expressed pessimism to Peters regarding whether there is a way to renew trust in the national news media after such a concerted effort to destroy its credibility.

“Over the years, we’ve effectively brainwashed the core of our audience to distrust anything that they disagree with. And now it’s gone too far,” said John Ziegler, a conservative radio host, who has been critical of what he sees as excessive partisanship by pundits. “Because the gatekeepers have lost all credibility in the minds of consumers, I don’t see how you reverse it.”

Another issue brought up in the piece was the efforts to discredit fact-checking organizations such as Snopes and FactCheck.org. Snopes’ founder David Mikkelson complained that he’s been labeled as a partisan Democrat for merely highlighting false stories that were flattering to conservatives.

Even our President-elect is getting in on lobbing out accusations of FAKE NEWS when disputing reports in the mainstream media.

Reports by @CNN that I will be working on The Apprentice during my Presidency, even part time, are ridiculous & untrue – FAKE NEWS!

(It should be noted that this was in response to news that Trump will be credited as executive producer of the program.)

In conclusion, Ziegler described how people will tend to flock to what they want to believe, rather than the uncomfortable truth.

The market in these divided times is undeniably ripe. “We now live in this fragmented media world where you can block people you disagree with. You can only be exposed to stories that make you feel good about what you want to believe,” Mr. Ziegler, the radio host, said. “Unfortunately, the truth is unpopular a lot. And a good fairy tale beats a harsh truth every time.”