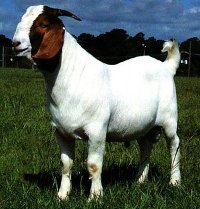 Yesterday, Florida’s state legislature failed to pass a measure that would officially ban bestiality in their state – and it wasn’t the first time they failed. According to this article from the Miami Herald, state senator Nan Rich first started trying to push regulations through in 2008.

The article goes on to give a few reasons why lawmakers are so reluctant to pass legislation that’s seemingly a no-brainer:

Lawmakers said they did not want to be accused of wasting time addressing a rare crime when Floridians needed them to help create jobs. They also did not want to debate the icky subject in public meetings occasionally frequented by children.

The strategy of not passing a law that forbids a revolting act in order to avoid getting made fun of seems like a strange one. How’d it work out for them? Let’s take a look around the internet. Think Progress isn’t too enthused that the state couldn’t find the time for a bestiality law, but did ban marriage and adoptions by gays. (In fairness, the state legislature recently began debating the gay adoption ban.)

The Boston Phoenix (warning: bizarre, NSFW image) avoids ridiculing Florida alone, instead listing all of the disturbingly many states that don’t have explicit anti-bestiality laws. (In what was not one of the proudest moments for the author of this post, his home state of New Jersey made this list.)

The Huffington Post‘s Jason Linkins didn’t love the fact that: 1) an overarching agricultural bill that would have finally outlawed bestiality didn’t pass because of provisions involving firearms and fertilizer; and 2) that a bill addressing just bestiality never made it to debate. The reason for this, again, is presumably because the topic is, as state Rep. Mary Brandenburg said, “yucky.” More yucky than the infrequent-but-still-out-there cases of sexual assault of animals, though?

Gawker wasn’t about to miss out on the Florida-bashing, either, ridiculing – you guessed it – legislators’ fear of being ridiculed. “You can still put on some Barry White, lower the lights and make love to your favorite goat in Florida,” author Ravi Somaiya said.

Even this NBC Miami piece, designed to be objective, straight news devoid of snark, calls the bill “long overdue.”

So, if you’re keeping track, that’s five articles (and check Google News, that’s almost all there have been since the legislature failed to act), five of which portray Florida’s lack of bestiality lawmaking in a negative light. It seems that avoiding the topic of bestiality to avoid offending constituents’ sensibilities (and therefore letting the act continue to exist in your state with no easy legal recourse when it happens) will actually be more offensive to people than finally confronting the uncomfortable topic head-on. Who knew? Apparently, not Florida politicians.

H/T to Robert Quigley for passing this story along. He felt it was “[the author’s] sort of story.” The author is still unsure what to think of this.