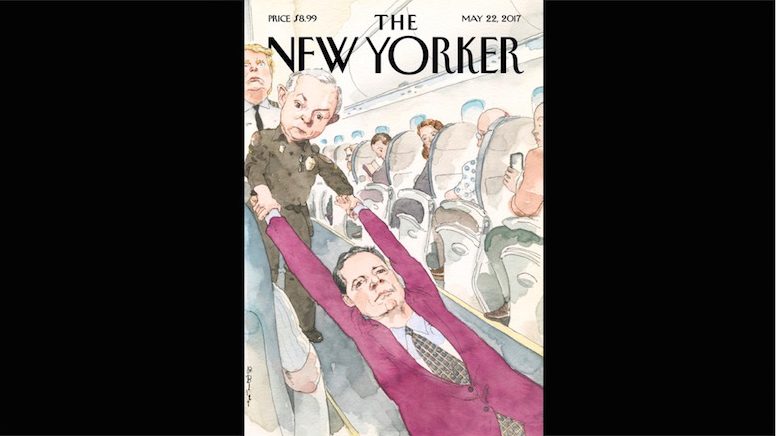 The New Yorker has long been known for their timely cover art — which, so often, can be funny or controversial. This week’s cover is pretty much just perfect. For the May 22 issue of the magazine, artist Barry Blitt‘s illustration brilliantly captures James Comey‘s firing.

The cover depicts Attorney General Jeff Sessions, who — with President Donald Trump watching — is dragging Comey off of a plane, United Airlines style. The cover seamlessly brings these two events together, and the analogy is absolutely perfect.

“It’s probably a bit of a leap,” Blitt said on the magazine’s website. “James Comey is six feet eight—he probably would have been happy to give up his seat in a cramped cabin.”

[featured image via The New Yorker]