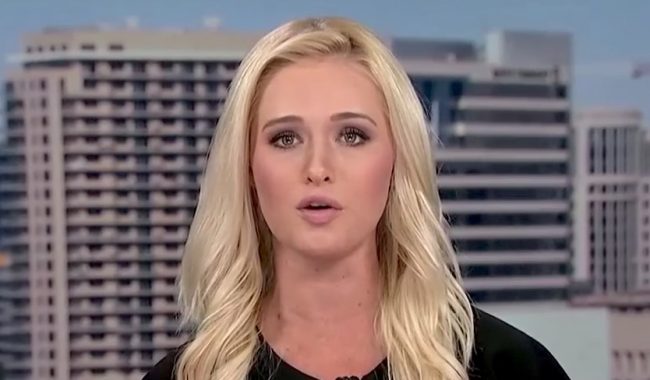 After Rep. Joseph Kennedy III (D-MA) delivered the Dems’ official reaction to President Donald Trump’s address to the nation, the conservative firebrand decided to let all of her Instagram fans know just how much she thought it sucked. Calling Kennedy a “limp dick,” Lahren said that anyone who hadn’t already seen Kennedy’s address would need to take “Pepto Bismol” and “Midol” to get through it.

Check out the clip, via IJR’s Josh Billinson:

Meanwhile, journalist Yashar Ali pointed out that Lahren also took to Instagram to say that she couldn’t wait to “shred this ginger nerd.”

What a way to talk about someone @TomiLahren

Apparently, the snowflakes have gotten their way after all of Tomi’s lib-owning as this evening she took to Twitter to issue an apology.

My comments on my personal Instagram about Kennedy’s response were inappropriate and I take full responsibility for that. I got too upset. I sincerely apologize.

Don’t worry, Lahren fans. We’re sure she’ll be back melting snowflakes and drinking lib tears in no time.