Tony Romo to be Released by the Dallas Cowboys on Thursday

Tony Romo to be Released by the Dallas Cowboys on Thursday 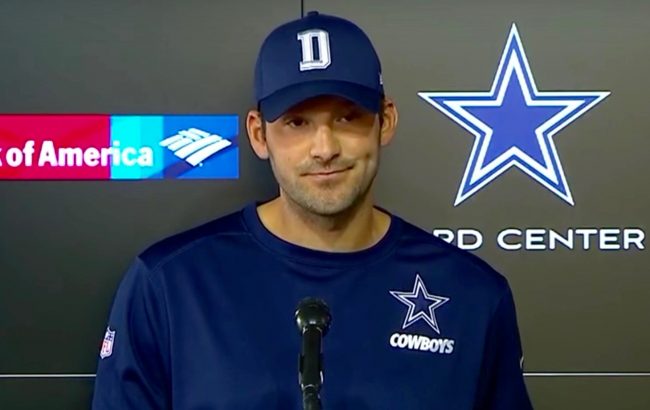 While not at all unexpected, it’s still stunning to see this news become official.

In a story broken by NFL reporter Jason LaCanfora and confirmed by ESPN, the Dallas Cowboys will release longtime quarterback Tony Romo on Thursday.

Hearing there is a very strong likelihood that barring a strong trade offer the Cowboys release Tony Romo tomorrow. Let the chase begin

With the emergence of star rookie Dak Prescott, the 36-year-old Romo became expendable for America’s Team. As Romo missed the start of last season due to injury, Prescott shined in the starter role, eventually leading Dallas to a No. 1 seed in the NFC playoffs and earning himself offensive rookie of the year honors in the process.

Romo leaves the Cowboys as the all-time leader in passing yards and passing touchdowns, even placing ahead of franchise and NFL legends Roger Staubach and Troy Aikman in those categories. But despite some sparkling regular seasons as the Dallas signal caller, Romo was unable to match that success in the postseason, winning only two playoff games in his tenure and never advancing beyond the divisional round of the playoffs.

Rarely does a quarterback of Romo’s caliber ever hit the free agent market. And indeed, he figures to command big bucks. The Houston Texans and Denver Broncos are expected by many to be the leading contenders for his services, with teams like the Chicago Bears, the New York Jets, and the Los Angeles Rams possibly in the market for a quarterback as well.