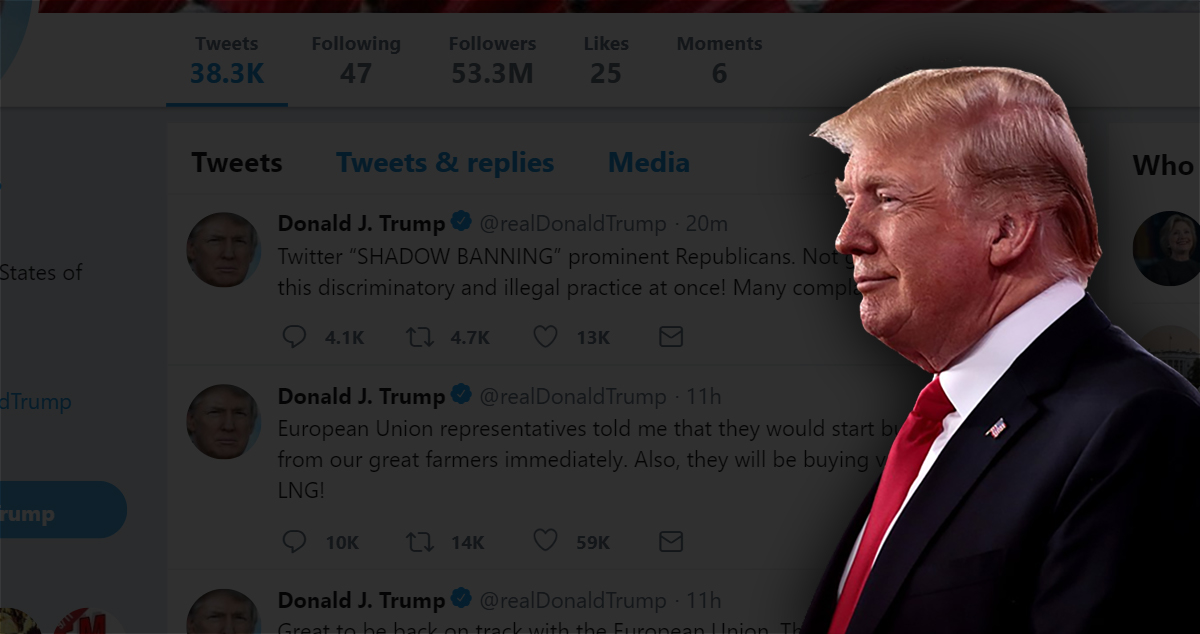 On Thursday, Donald Trump tweeted that Twitter has been “shadow banning’ prominent members of the GOP, and called it “discriminatory and illegal”, and said that the administration will “look into” it.

Twitter “SHADOW BANNING” prominent Republicans. Not good. We will look into this discriminatory and illegal practice at once! Many complaints.

The president is likely referring to a story published by Vice News on Wednesday about the practice. Twitter has admitted in the past to using the practice, which is a way of limiting the visibility of certain types of tweets or particular users, hiding them from search results and the news feeds of other users, but has stated it is only used for abusive accounts or content.

Vice Reports that Twitter says the shadow banning of GOPers “is a side effect of its attempts to improve the quality of discourse on the platform,” but points out that it does not appear to affect top Democrats. Among the accounts the listed were GOP chair Ronna McDaniel, Republican Reps. Mark Meadows, Jim Jordan, and Matt Gaetz, and Donald Trump Jr. spokesman Andrew Surabian and others.

Some of the accounts Vice lists are

The president did not explain how it would be an “illegal” practice.