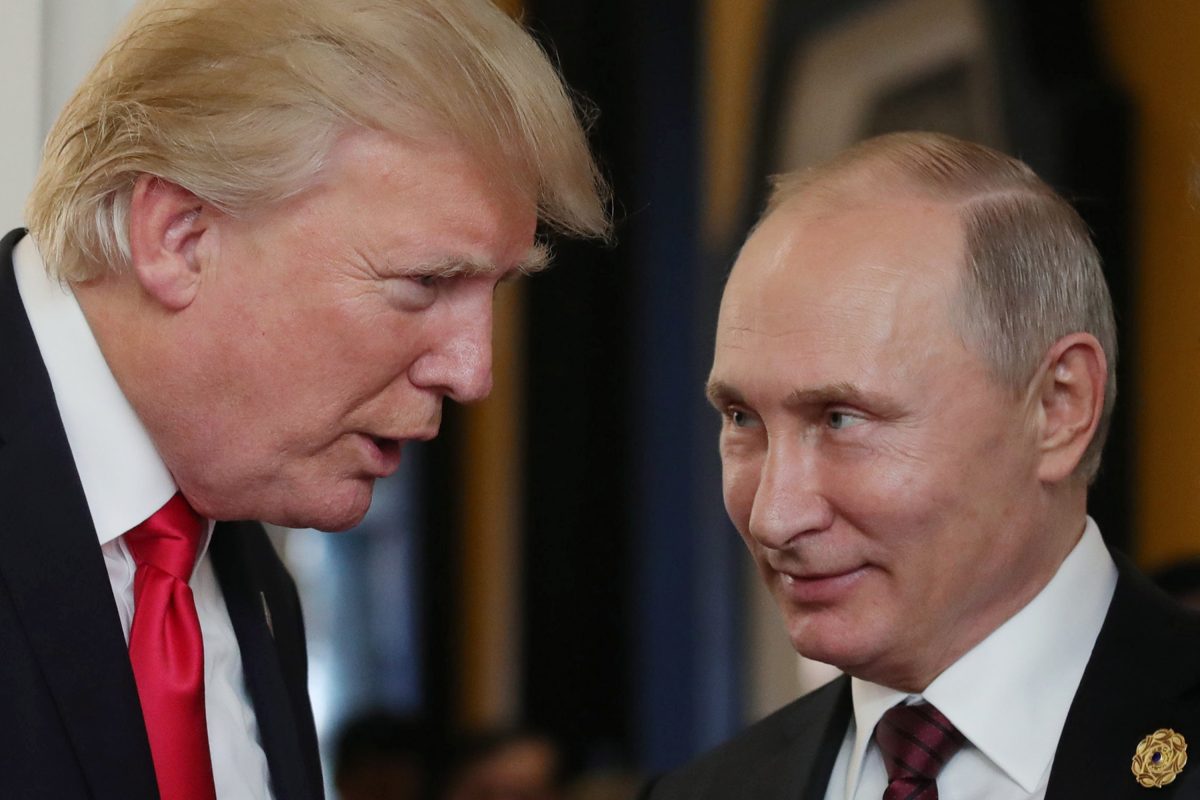 President Donald Trump on Monday said he is “certain” he will eventually have talks with his counterparts in China and Russia about putting an end to a “a major and uncontrollable Arms Race.”

“I am certain that, at some time in the future, President Xi and I, together with President Putin of Russia, will start talking about a meaningful halt to what has become a major and uncontrollable Arms Race,” Trump wrote on Twitter. “The U.S. spent 716 Billion Dollars this year. Crazy!”

In October, Trump announced the U.S. would withdraw from the Intermediate-Nuclear Forces Treaty signed with Russia at the end of the Cold War, threatening a nuclear build up.

Trump suggested China too was behind his threat to pull out of the treaty:

Trump and Chinese President Xi Jinping‘s relationship has clearly improved. At the G20 summit this weekend, the pair hashed out an agreement that put a 90-day pause on the trade war between the two countries.

The U.S. president tweeted warmly about his relationship with Xi Monday morning:

President Xi and I have a very strong and personal relationship. He and I are the only two people that can bring about massive and very positive change, on trade and far beyond, between our two great Nations. A solution for North Korea is a great thing for China and ALL!