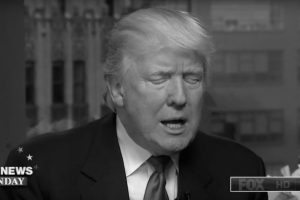 Let’s just square one thing away at the top: Donald Trump won the presidency of the United States fair and square. The game is, after all, about reaching 270 electoral votes; it’s the same game that Hillary Clinton agreed to when she tossed her hat in the campaign ring last year. Now that Trump has secured the necessary electoral college votes (304 as of Monday’s tally, to be exact) I am the first to admit — though I understand and respect the hesitancies of many liberals to say this — Donald Trump will be my President.

But I made note of a curious thing after the New York primary, and I again wonder if its premise applies to the general election as well. On the morning of April 19th — the day after Trump dominated the state-wide primary to take home 89 delegates en route to a thrashing of the Republican field — I wrote the following:

Make absolutely no mistake about it… [Donald Trump] is heartbroken over the outcome of tonight’s New York primary. It has nothing to do with the sweeping delegate count he took home or his overall margin of victory… It has to do with his home and the main artery of his entire global empire: New York, New York, so good they named it twice, and its democratic voice that declared loudly Tuesday night: we support Ohio Governor John Kasich.

That’s right, Kasich — the guy who eats his pizza with a fork and couldn’t tell you where the Knicks play basketball — just defeated Donald Trump in Manhattan.

This fascinating tidbit reminds me of the state that Donald Trump is in today: sure, he won where it matters most — the American presidency as outlined and guaranteed by the Electoral College system. But just as I suspected that Trump was personally bothered losing Manhattan, I can’t help but shake the feeling that his margin of defeat in the popular vote — 2,864,974 votes, 2.1 percent of the total vote — is causing him at least some anxiety.

That could be the reason that his team of aides has pushed back so vehemently during interviews about the popular vote v. college debate; the game was to 270, they claim, and our guy won. And they’re absolutely right; history will remember as much.

But no matter how terrific or yuge his Presidency may be, there will be an unshakable asterisk about his campaign: “…but he lost by almost 3 million votes,” generations of American school teachers will tell their students as a great example about the disparity of the electoral college system.

On the surface, it doesn’t delegitimize his presidency, but it’s causing some to rely on a simply preposterous argument as justification that he was really the people’s champ.

I direct you to the homepage of Matt Drudge and the eponymous Drudge Report and one of the day’s top stories:

“Trump won by 3 million votes outside of California and New York,” it reads with a link to an absurd Daily Mail hot take:

Final tally shows Trump lost popular vote by 2.8 million – but he BEAT Clinton by 3 million votes outside of California and New York

There is quite simply no more foolish argument. Yeah, if we take away these 5.8 million American voters, then Trump wins in a landslide! It’s an upset of unprecedented proportions!

You can not just simply decide to chop off two states in our union to try and make a silly point. I get it; the electoral college is largely designed to prevent “running up the score” in firmly-aligned idealogical states. Clinton excelled in two of those states; but Trump also won 4,685,047 votes in deep red Texas. Can I arbitrarily choose to siphon off the Lonestar State?

How about this for a reimagined state alignment in the spirit of The Daily Mail:

Could a journalist, in his or her coastal elitist hubris, decide to say, “Well, if we remove all the flyover states and only focus on the ones that matter then Clinton DESTROYS Trump“?

It’s a juvenile attempt at correcting something that will dog Trump’s campaign victory, even if it’s ever so slightly; for years after the 2000 election, people cracked jokes about Al Gore “really” winning the battle with George W. Bush (“Congratulations to Al Gore. His movie won an Oscar,” quipped Jay Leno on The Tonight Show years later. “Today it got reversed by the Supreme Court.”)

No matter how hard Trump fans cling to this insane premise — that somehow the liberal voters in California and New York who pay taxes and work jobs and sustain families and contribute to our nation’s democracy like everyone else can be arbitrarily removed from the equation — it will never change the fact that Trump’s win will always carry with it the slightest necessary annotation. And that’s OK; where it matters most — the final scoreboard — Trump won when most said he wouldn’t. I think we can dispel with the ridiculous exclusionary dreamland to further justify his negative 2.86 million vote “landslide” win.
—
J.D. Durkin (@jivedurkey) is an editorial producer and columnist at Mediaite.