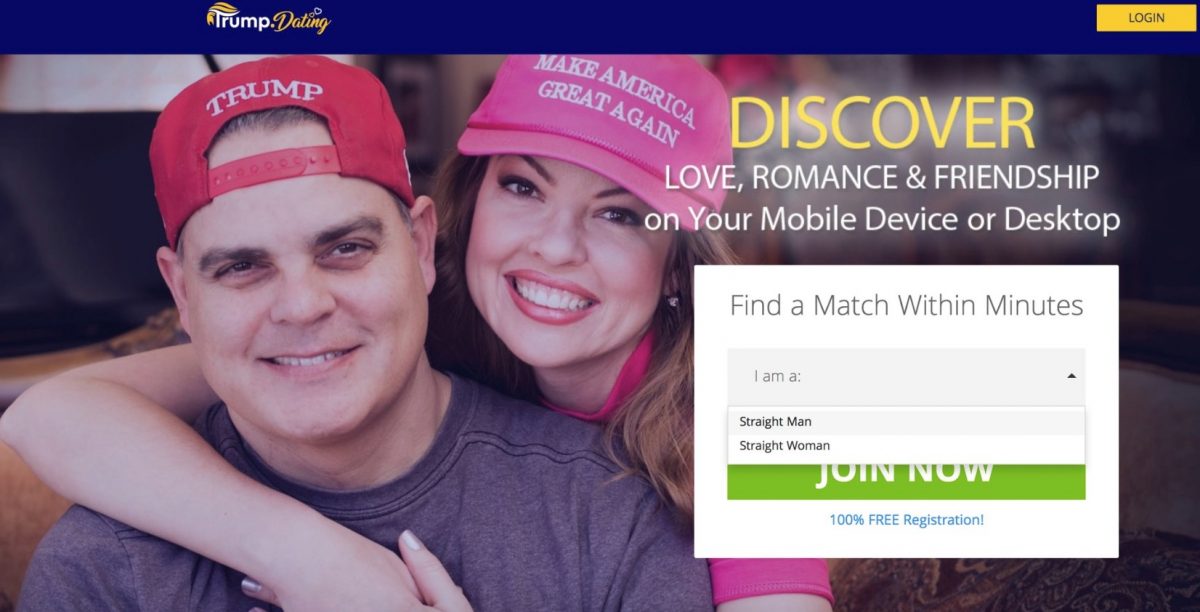 In the last few days, you might’ve heard about Trump.dating, the new straight-people-only online service to help out Donald Trump fans who are single and ready to mingle. For the last few days, the site prominently featured the North Carolina conservative activists you see in the picture above: William Barrett Riddleberger and his wife Jodi Riddleberger.

However, the site has a new featured couple now, and that may or may not have something to do with the fact that Mr. Riddleberger is a convicted felon.

WRAL News reported that Mr. Riddleberger’s state records show he was charged in 1995 for videotaping himself having sex with a 15-year-old girl. Riddleberger was 25 at the time, and he was convicted of taking indecent liberties with a child.

Riddleberger told local media “I’ve already paid my debt for something I did 25 years ago” with regard to his criminal history, though he wouldn’t say much more than that when asked further questions.