A-Blaze, get it? Because she works at — never mind, we don’t have time for jokes. Tomi Lahren is deleting old tweets as you read this. Why? Because Twitter users decided to do a deep dive into her history on the social media platform, causing the sort of tweetstorm the young anchor is usually responsible for in a very different way.

Back before she was The Blaze‘s indefatigable conservative firebrand, Lahren was a student at UNLV. Like any millennial student, she posted about school: 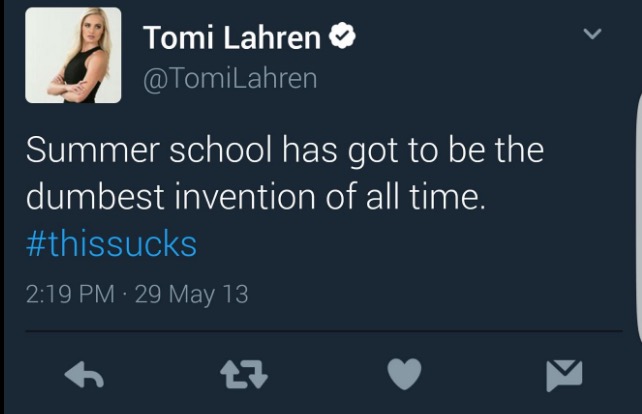 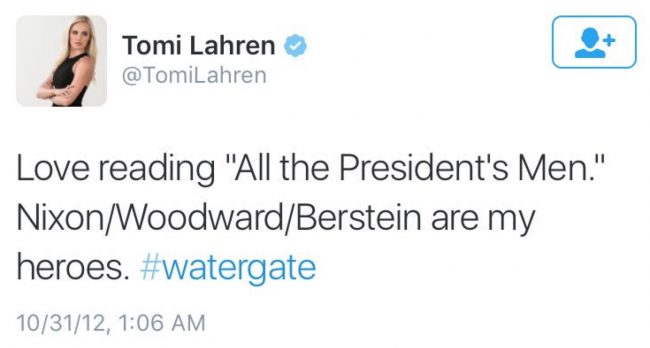 That isn’t the only post that has disappeared from the microblogging site tonight.

She posted about partying: 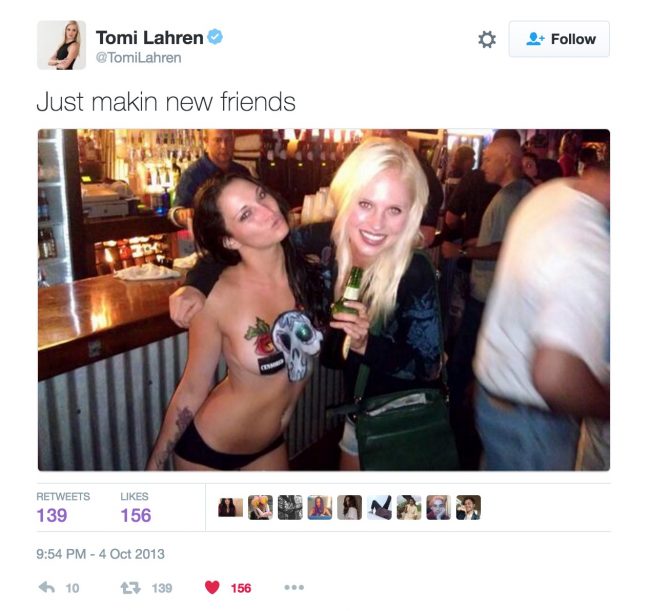 Chynna Greene is a reporter for Local 8 News WVLT who — you guessed it — went to UNLV. No word on the unnamed woman in the second tweet.

She posted about hating Valentine’s Day and even sent out a message that some think is sexual but this writer thinks is about accidentally being spilled on at the club: 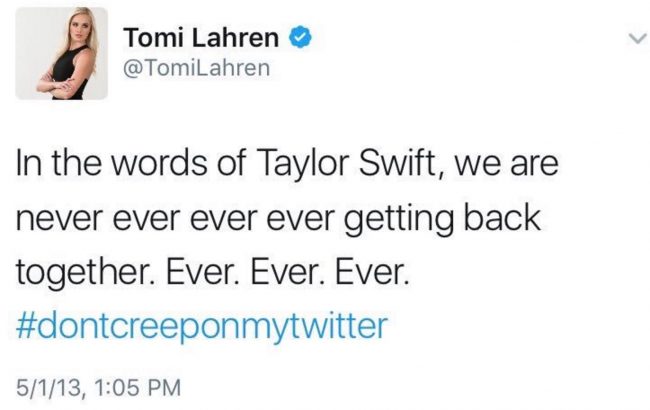 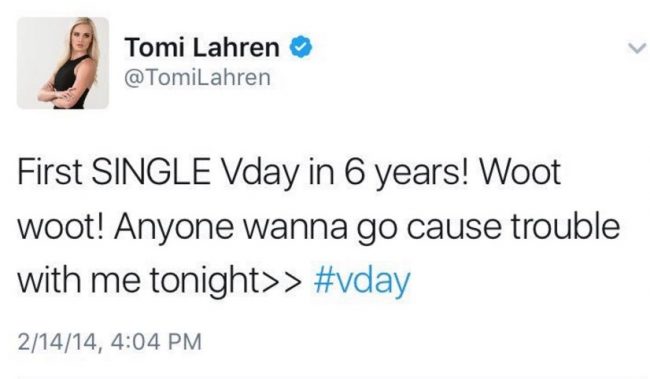 The real story here is not that a young woman who went to college in Las Vegas spent a lot of time partying. (As if you wouldn’t; don’t lie!) The story is that not only is she deleting the old tweets, but some of them don’t jive well with her tell-it-like-it-is conservative persona. 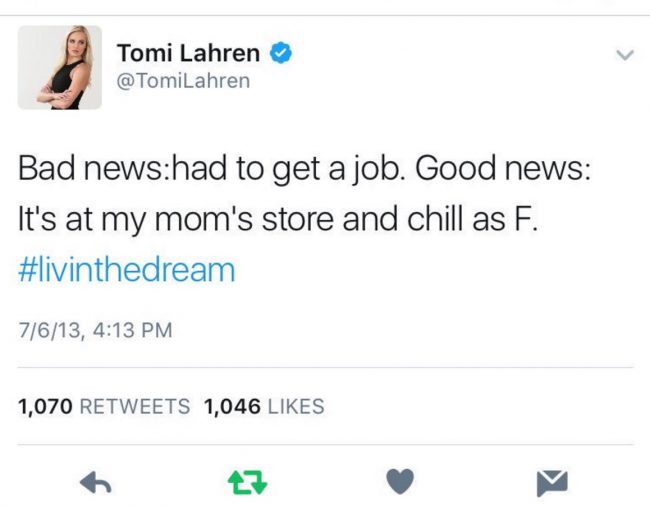 …doesn’t really fit well with this:

Democrats vote for the handout. Republicans vote to get the damn hand out of the way so we can earn it ourselves. #whyTrumpWon

Without a doubt, people grow and change as they get older, especially through college. Anything a person tweeted in 2013 is subject to change by 2017. The question is, then, why she is deleting remnants of her former beliefs and attitudes when they could serve as a marker of how far she’s come and even help her sell herself as someone who came around to a more conservative worldview after having a different one.

Some speculate that she might be about to make a major career move and she’s preparing by cleaning up her social media presence. Tomi Lahren’s job is literally to be angry online and her entire persona is predicated on the idea that she doesn’t care what anyone thinks of her, so the social media overhaul makes little sense if that’s the case. Moreover, if she is jumping from the Good Ship Glenn Beck, most assume she’ll go to work for Donald Trump. Has that man ever been known to delete even the most eyebrow-raising old tweet? Have any of his employees?

To be clear, we are living in an age that will be most unkind to early adopters of technology, especially social media. Up-and-comers in any field have to deal with embarrassing old posts that their forerunners didn’t. For the generation under millennials, having a record of every past misdeed and silly thought won’t be a big deal. Professionals in Lahren’s generation are the sacrificial lambs whose online mishaps will pave the way for younger professionals not to even have them.

We’ve reached out to Lahren for comment on why she is deleting the old tweets. We will update this post if we hear anything.