Twitter Reacts to Jerry Lewis’ Death: ‘We Lost One of the Great Ones Today…Possibly the Greatest’

Twitter Reacts to Jerry Lewis’ Death: ‘We Lost One of the Great Ones Today…Possibly the Greatest’ 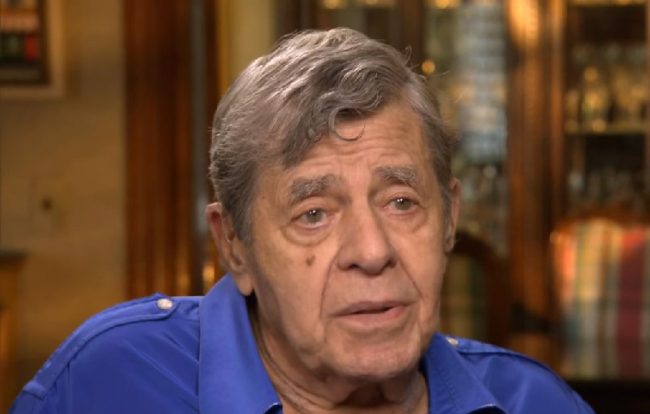 This afternoon the sad news came in that comedian and filmmaker Jerry Lewis had passed away at the age of 91.

The legendary funnyman, who was as well-known for his philanthropic work as his classic comic films, was immediately feted on Twitter by a number of fellow comedians and fans.

Actor Sean Hayes, who portrayed Lewis in a film about Lewis’ turbulent but successful partnership with singer Dean Martin, posted the following tweet:

We lost one of the great ones today…possibly the greatest. Jerry Lewis was one of my comedy heroes & was a gigan… https://t.co/Baob4Gn29E pic.twitter.com/dmkjsDlPHi

Actress Joan Collins noted that her good friend would be “sorely missed.”

The King of Comedy Jerry Lewis was a tremendous talent and a good friend. Rest In Peace #jerrylewis. You'll be sorely missed ? pic.twitter.com/KA0TWrvYir

Comedian Penn Jillette remarked on his personal relationship with Lewis:

How did my life get good enough that Jerry Lewis would smile at me? And how sad to lose him. pic.twitter.com/taPhl1utzO

Meanwhile, comic George Wallace tried to keep things a little lighter while commenting on the recent death of another comedic legend:

Dick Gregory and Jerry Lewis in a 12 hour span? That shit happens in threes. I'm rollin' up in bubble wrap and layin' on the floor & whatnot

Others expressed their feelings over the loss of Lewis:

RIP Jerry Lewis. Thank you for the telethons, the video-tap, and THE KING OF COMEDY– your most perfect, funny, sad, sly performance pic.twitter.com/VAWsCXrBCE

Jerry Lewis has passed on. I sincerely hope his afterlife is a warm, peaceful…

Condolences to the family of Jerry Lewis. The world is a lot less funnier today. ☹️

We have lost a great comedian and even greater heart. Thank you for the laughs and the feels, Jerry Lewis. https://t.co/vdYCfd7atJ

I think Jerry Lewis gave his finest performance in Funny Bones, from 1995. Not well known, but it should be. Rest in Peace. pic.twitter.com/ZeT61a8Zwy

Jerry Lewis loomed large in my family. Many movies with my mom & he made home movies with Janet and Tony. He made me and many laugh. #rip pic.twitter.com/4LbEbc9FCT

Jerry Lewis was so extraordinary in THE KING OF COMEDY you wonder what else he could have done in that realm.

Jerry Lewis was an angel to me. Loved him & will never forget what he did for me during one of the worst times in my life. RIP, Love Roe pic.twitter.com/0OoQV4yaae