U.S. Ambassador Appears to Jab at Trump on Twitter: ‘Increasingly Difficult to Wake Up’ to News

U.S. Ambassador Appears to Jab at Trump on Twitter: ‘Increasingly Difficult to Wake Up’ to News 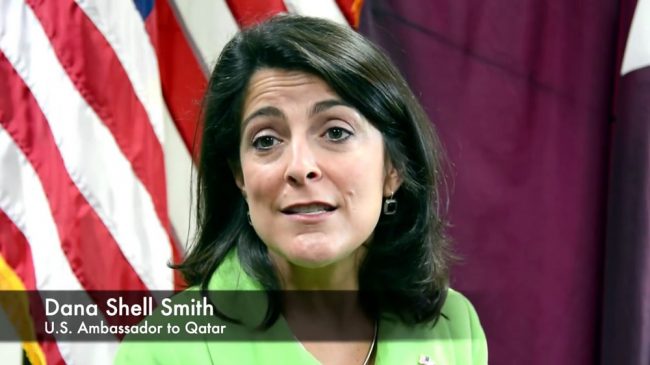 Increasingly difficult to wake up overseas to news from home, knowing I will spend today explaining our democracy and institutions.

Smith is a holdover from the Obama administration. She was nominated by the former President in May 2014, and confirmed by the Senate in July 2014 via a voice vote.

@thehill More like: US Ambassador to Qatar openly exasperated at having the job every day of explaining, defending, representing US in utter chaos.