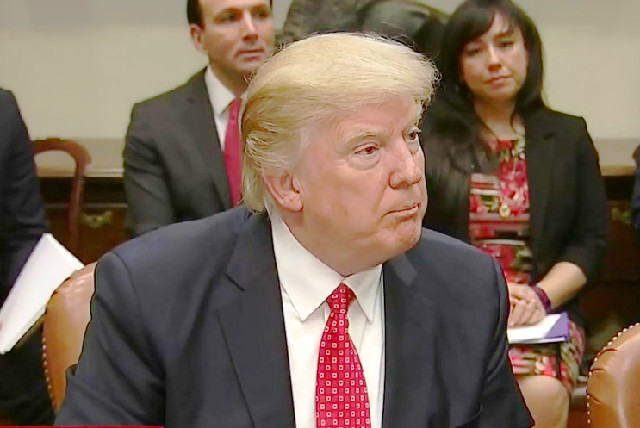 The Twitterverse is doing a collective double-take over President Trump‘s latest tweet about how everything in his administration is sunshine and rainbows.

A great day at the White House!

Sure, the president had some nice moments today. He officially welcomed DHS Secretary John Kelly to his new position of chief of staff, and he bestowed the Medal of Honor on a former army medic who served during the Vietnam War.

Still, in light of the chaos shown by Anthony Scaramucci‘s sudden ouster as communications director, the general consensus is that today was not really such a great day for the White House.

Some people viewed Trump’s tweet as a final insult to Scaramucci, but others were just plainly bemused that Trump could really say what he said after everything that’s happened:

has anyone been owned as hard as Anthony Scaramucci in human history https://t.co/ONDslI0DUp

Well, for those who survived it, maybe. pic.twitter.com/lZYOHybg4e

Oh wow he's telling the genie what he wishes for https://t.co/39eM8YQX6t

Mooch still getting dunked on https://t.co/J04zuiBwT1

Must have gotten three scoops of ice cream at lunch.https://t.co/15wMLcSTZt

Finger on the pulse! https://t.co/9QIMeQ1Tfr

This is performance art. https://t.co/vtqZampVOZ

That last tweet is in reference to this earlier message from Trump, and there’s quite a few people who disagree with the president, especially about that last part: