Van Jones Questions Jared Kushner’s ‘Very Small Resume’: ‘Why Should We Have Confidence in You?’ 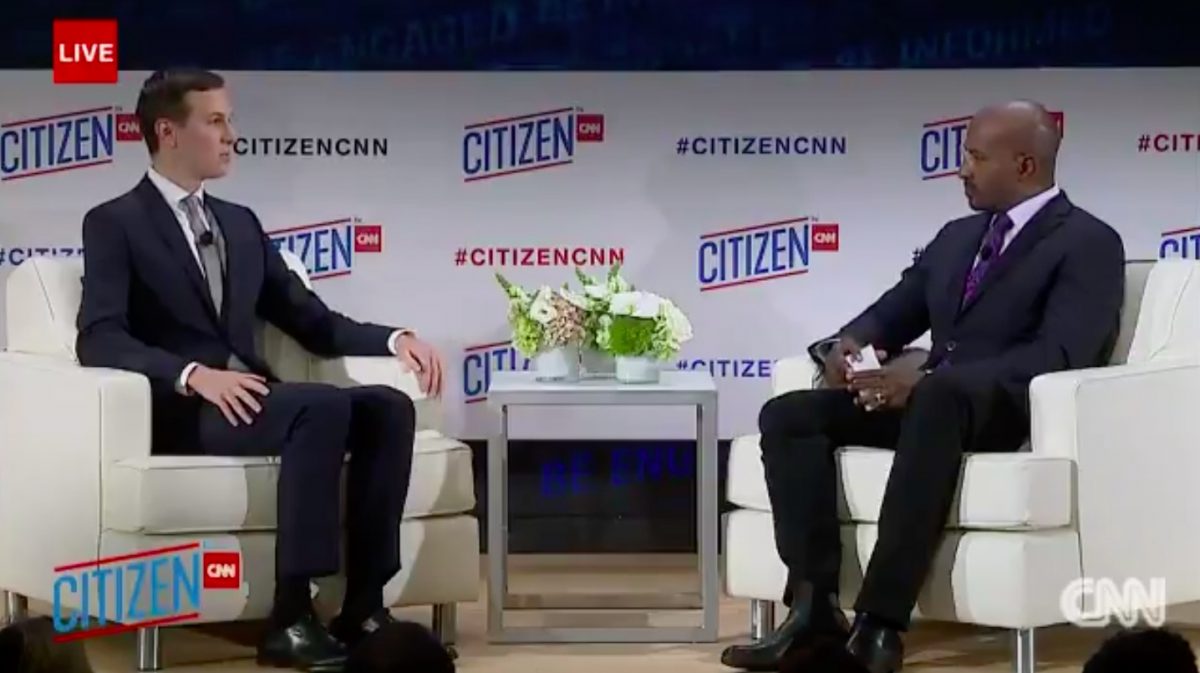 At CNN’s CITIZEN political forum on Monday, Van Jones questioned Jared Kushner on his qualifications to take on the tasks he’s been assigned as a senior adviser to President Donald Trump.

Kushner, a real estate scion and son-in-law of Trump, was appointed senior adviser in the new administration and given a wide mandate to take on a series of Herculean tasks, from Middle East peace to prison reform.

At the forum, Jones pointed out Kushner’s “very small resume,” compared to his “big portfolio” in the White House. “Why should we have confidence in you to do all this stuff?” Jones asked.

“I don’t make a lot of noise,” he added. “Some noise is sometimes made about me, but I try to keep my head down.”

CNN’s Van Jones: “Why should we have confidence in you to do all this stuff?”