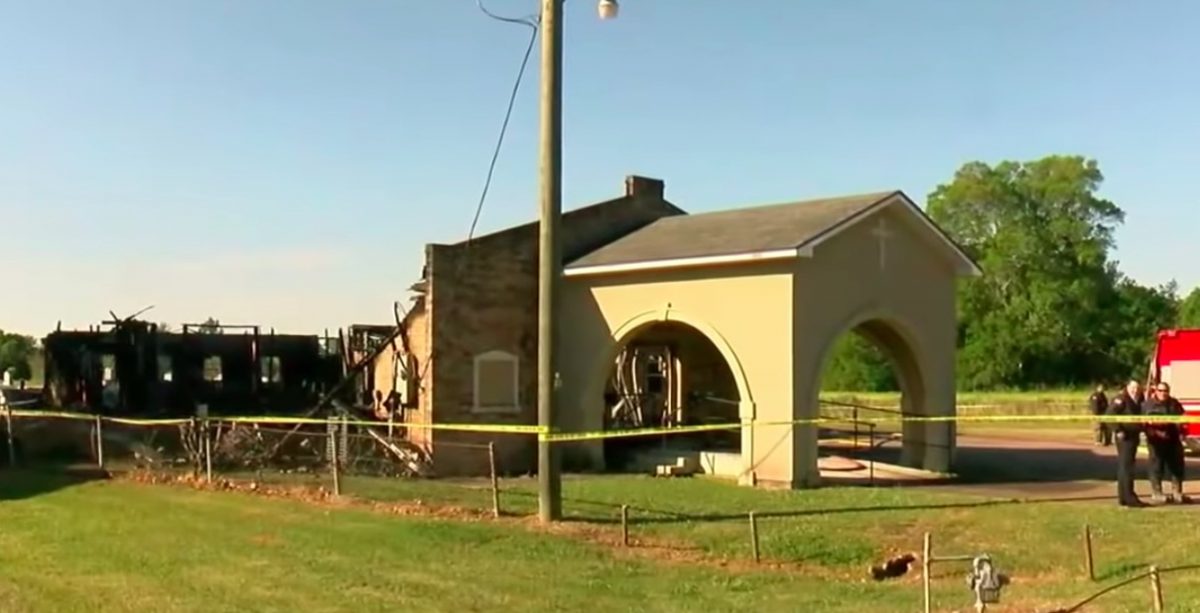 In the aftermath of the fire that burned down significant parts of the Notre Dame cathedral yesterday, Twitter rallied around three black churches burned down in suspected hate crimes and raised over $1 million for their reconstruction.

In a viral Twitter thread, journalist Yashar Ali noted that while rebuilding efforts will be “well funded” in Paris, money for fixing three black churches in a Louisiana parish — which were burned down in a two week period by a suspect charged with hate crimes — may not be as plentiful.

“In the past month, three historically black churches in Louisiana were destroyed by a racist arsonist,” Ali wrote. “He has been charged with hate crimes, but these churches need your help. Please join me in donating.”

The rebuild of Notre Dame will be well funded.

In the past month, three historically black churches in Louisiana were destroyed by a racist arsonist. He has been charged with hate crimes, but these churches need your help. Please join me in donating https://t.co/gj1BcNsGpu

Prior to the thread going viral, the churches’ GoFundMe had just below $160,000. But after thousands of likes and retweets, the amount of donations began to climb and the GoFundMe quickly gained momentum to surge past $1 million.

“Officials said they had found ‘suspicious elements’ in each case. The officials have not ruled out the possibility of arson, or the possibility that the fires are related,” the description on the GoFundMe reads. “The host of this campaign is the Seventh District Baptist Association … We are working with the Governor of Louisiana, local leaders, elected officials, the impacted churches and their pastors, other faith organizations and the community to ensure 100% of all funds raised will be evenly distributed to the three churches affected.”