WATCH: Veteran Asks Karl Rove at Event to Apologize for the Iraq War 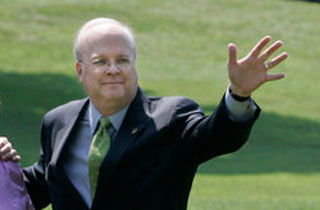 Karl Rove spoke to student at the University of Connecticut earlier this week, and he ended up being confronted by a 32-year-old identifying himself as an Iraq War veteran who wanted Rove to apologize for that war.

Ryan Henowitz told Rove about the horrors he witnessed and the horrible injuries and casualties from fellow soldiers and Iraqi civilians. He asked, “Can you take responsibility and apologize for your decision in sending a generation to lose their humanity and deal with the horrors of war, which you have never had the courage to face? Will you apologize to the millions of fathers and mothers who lost their children on both sides of this useless war?”

Rove told Henowitz, “I’m sorry for what you went through, but it was the right thing to remove Sadaam Hussein from power.” He talked about Hussein giving the finger to the U.N., and said the mistake the U.S. is making now is leaving them alone “because when we left them, things deteriorated.”

Henowitz told The Hartford Courant he’s been frustrated at how “the individuals involved with the planning of the Iraq War have not addressed a lot of the problems they have created,” and he wanted to hear Rove talking about those problems.

Correction: a previous version of this post said Henowitz was 20. He is 32.