What Do We Know About Kim Jong-Un? 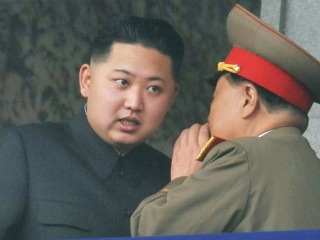 What do we know about Kim Jong-un, the youngest son and presumed successor to recently deceased former dictator Kim Jong-il? The answer is, well, “not much,” both because North Korea hasn’t released much information about the young man — who is, tellingly, believed to be somewhere between 27 and 29 — and because the information the country has officially released can’t always be trusted. If any particular detail seems too charming, funny, whimsical or endearing… then it’s probably just too good to be true. That said, the current portrait being painted of Kim — whether it be hyper-realistic or something just shy of surrealism — will follow him as be steps increasingly into the national spotlight.

Here, then, are some things that we know about Kim Jong-un:

Below, check out an Al-Jazeera report on Kim, including footage of him as a teen studying abroad: