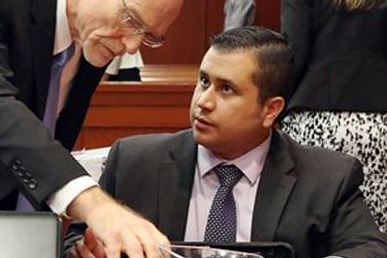 For more than a year, supporters of both sides have engaged in endless debate about the wisdom of Florida’s Stand Your Ground law and whether George Zimmerman was lawfully defending himself against Trayvon Martin.

And since the trial is nearly over, I have taken the opportunity to provide a model of the Self Defense Instructions that will actually be read to George Zimmerman’s jury. The model instruction is taken directly from Florida’s Standard Jury Instruction 3.6(f) “Justifiable Use of Deadly Force”.

It is my belief that if supporters for each side know how the jury will actually be instructed, the discourse will be more focused, reasoned, and constructive.

Finally, I expect the both the State and the Defense to request additional, special instructions regarding their respective theories.

For example, one of the most important issues in the trial has been whether George Zimmerman was engaging in an “unlawful” act when he either:

1. Ignored the Non-Emergency Dispatch Operator; or

2. Approached Trayvon Martin and spoke to him.

If I am the defense team, I would have requested a special jury instruction that it was neither “unlawful” to ignore the Non-Emergency Dispatch Operator, nor unlawful to approach Trayvon Martin and speak with him. See Gibbs v. State, 789 So. 2d 443 (Fla. 4th DCA 2001) (Words alone do not constitute provocation.)

If I am the State, I not only vigorously oppose any such request, I request an instruction that it was unlawful to ignore the 911 operator. (I would note though, that there is no law that supports such an instruction.)

But for now, the model jury instruction.

Justifiable Use of Deadly Force

An issue in this case is whether George Zimmerman acted in self-defense. It is a defense to the offense with which George Zimmerman is charged if the death of Trayvon Martin resulted from the justifiable use of deadly force. “Deadly force” means force likely to cause death or great bodily harm.

When Deadly Force is Justified

A person is justified in using deadly force if he reasonably believes that such force is necessary to prevent imminent death or great bodily harm to himself.

When Deadly Force is Not Justified

The use of deadly force is not justifiable if you find George Zimmerman initially provoked the use of force against himself, by force or the threat of force, unless:

1. The force asserted toward George Zimmerman was so great that he reasonably believed that he was in imminent danger of death or great bodily harm and had exhausted every reasonable means to escape the danger, other than using deadly force on Trayvon Martin; or

In deciding whether George Zimmerman was justified in the use of deadly force, you must judge him by the circumstances by which he was surrounded at the time the force was used.

The danger facing George Zimmerman need not have been actual; however, to justify the use of deadly force, the appearance of danger must have been so real that a reasonably cautious and prudent person under the same circumstances would have believed that the danger could be avoided only through the use of that force. Based upon appearances, George Zimmerman must have actually believed that the danger was real.

No Duty to Retreat

If George Zimmerman was attacked in any place where he had a right to be, he had no duty to retreat and had the right to stand his ground and meet force with force, including deadly force, if he reasonably believed that it was necessary to do so to prevent death or great bodily harm to himself or to prevent the commission of a forcible felony.

If you find that Trayvon Martin had a reputation of being a violent and dangerous person and that his reputation was known to George Zimmerman, you may consider this fact in determining whether the actions of George Zimmerman were those of a reasonable person in dealing with an individual of that reputation.

In considering the issue of self-defense, you may take into account the relative physical abilities and capacities of George Zimmerman and Trayvon Martin.

If in your consideration of the issue of self-defense you have a reasonable doubt on the question of whether George Zimmerman was justified in the use of deadly force, you should find George Zimmerman not guilty.

However, if from the evidence you are convinced that George Zimmerman was not justified in the use of deadly force, you should find him guilty if all the elements of the charge have been proved.