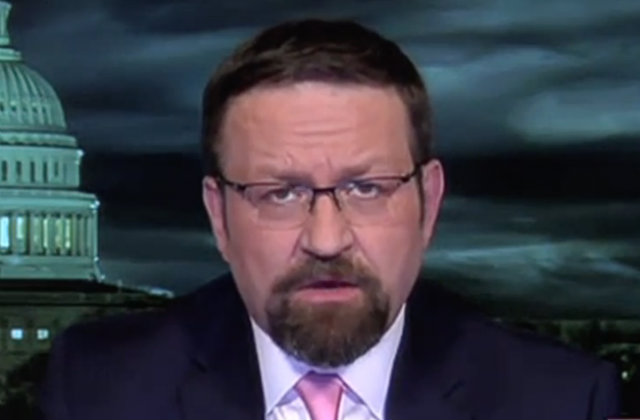 On Monday, Sebastian Gorka, a former Breitbart editor turned deputy assistant to President Donald Trump, appeared on Michael Medved’s radio show and he had a lot to say. Specifically, he had a lot to say about the increasing tension between Trump and the media, including the administration’s insistence on calling unfavorable coverage “fake news.” The big takeaway was that Gorka told Medved that they will continue to call coverage “fake news” until the media stops “attack[ing]” them. He added:

There is a monumental desire on behalf of the majority of the media, not just the pollsters, the majority of the media to attack a duly elected President in the second week of his term. That’s how unhealthy the situation is and until the media understands how wrong that attitude is, and how it hurts their credibility, we are going to continue to say, ‘fake news.’ I’m sorry, Michael. That’s the reality.

That came after an earlier discussion where Medved asked Gorka if he would admit that it was “at least questionable in being the first such statement in many years that didn’t recognize that Jewish extermination was the chief goal of the Holocaust.” Gorka responded by saying it was an “asinine” idea because he felt a Holocaust remembrance statement acknowledging anti-semitism was self-evident. “It’s only reasonable to twist it if your objective is to attack the president,” he added.

When a caller told Gorka that calling “everything” he didn’t like “fake news” was turning off everyone other than the administration’s “hardcore fans” because “not everything’s fake news,” Gorka disagreed. “You know, I would beg to differ,” he said. “Every single organ that generates these kinds of stories comes from the same clique of media organs that predicted that Hillary would win and that Brexit wouldn’t occur. I know what fake news is. And it’s coming from those organizations. It’s time that you yourself understood that as well.”