Who Is The Theater Shooter John Russel Houser ?
video

Who Is The Louisiana Movie Theater Shooter? (UPDATED) 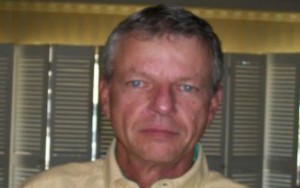 Following Thursday night’s attack on a movie theater in Lafayette, Louisiana, the authorities have identified the shooter as 59-year-old John Russel Houser. According to earlier reports, a gunman opened fire on a crowded 7 p.m. showing of Amy Schumer‘s film Trainwreck at the Grand Theatre.

This led The Daily Beast to identify John Russell Houser of Phenix City, Alabama as the shooter, based on an incomplete Tea Party Nation profile page. Due to the spelling error, however, whether or not these two men are one in the same remains to be seen.

Following corrections from ABC News and other outlets, the AP published their own correction in a subsequent tweet:

MORE: Gunman John Russel Houser, 59, was a drifter who had been in Lafayette area since early July, police say: http://t.co/3YCuQ9f6CD

Even with the corrected name, the investigation into the shooting is ongoing. Eyewitness reports suggest that Houser casually walked into the 7 p.m. Trainwreck showing and opened fire, killing two and injuring nine others. He subsequently turned the gun on himself.

According to Lafayette Police Chief Jim Craft, Houser was “kind of a drifter” who’d been living in the Lafayette area for a few months. Considering that his car was found parked near the theater’s exit, and that his hotel room was rife with various wigs and disguises, police suspect Houser’s originally planned on escaping arrest.

Watch the report on Houser below, via CNN:

We’ll have more on this developing story once information becomes available.

UPDATE–1:19 p.m. EST: Documents cited by the Associated Press indicate that Houser has a history of mental problems and strained relationships with his family. Court documents read that Houser’s wife filed a protective order against him in 2008 after Houser made a series of ominous threats and exhibited “extreme, erratic behavior.”

The wife, Kellie Maddox Houser, removed all guns and weapons from their house after the order was granted, and filed for divorce later that year. Houser’s family also commented about how he committed other acts of violence towards his family, and that they once committed him involuntarily to a mental hospital.

The Daily Beast also discovered a series of apolitical writings and conspiracy theories that Houser wrote under an alias. The posts examined race, party politics, and Houser’s apparent disgust in general with American society.

In one post, he wrote, “filth is rampant. That none have stood against it causes me to take rest in the worse than MAD MAX near future which approaches.”