Who Is to Blame for Kill Obama Poll?

Who’s To Blame For The “Kill Obama” Poll On Facebook? 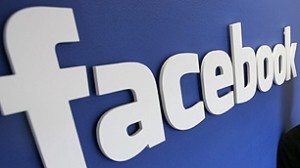 What’s scarier: A Facebook poll asking people if President Barack Obama should be killed (with the response options: “yes”, “maybe”, “if he cuts my health care”, and “no”), or the fact that over 730 people voted?

The offensive poll, which was hosted by a third party “Facebook Poll Application”, was removed the day after it appeared on mini-feeds across the land, followed up by the creator of the application posting these facts about himself along with an open-ended Q&A in an effort to tame the beast, so to speak.

The facts, which include that he has been an “Obama supporter for a long time,” also reiterate the idea that Facebook should not have any blame in the ordeal, but rather that it was simply the medium through which he created the polling application.

This idea, echoed throughout the political blogosphere in a time when even the death of an iconic American like Senator Ted Kennedy can trigger vicious commenter backlash like “Hells awaiting”, calls the concept of respect on the Internet into question.

And while some in the media like to believe that it’s the actual websites who are spewing the hate, is it really the backwards hateful (KKK-esque) agendas of these website/blogs? Or is it something far scarier than that: the actual users?

Like Jose Antonio Vargas posted on the Huffington Post yesterday, “All the Internet does is reflect–and amplify –human behavior.”

It’s a frightening thought but as Media Matters pointed out after the O’Reilly/ Daily Kos debacle over the death of White House press secretary, Tony Snow, it was the comments which were hate filled, not the content.

So as the “user problem” grows, will it just further the generational divide between those familiar with unfettered interactive communications and those who aren’t? Or is it possible to find a happy medium for these mediums?