Why Groupon Should Take Google’s Money And Run

Why Groupon Should Take Google’s Money And Run 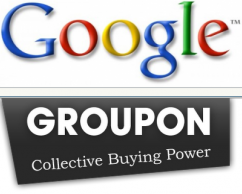 Yesterday was a big day in the tech world as the number rolled in: Google had offered $5.3 billion – with a $700-million earnout – to buy Groupon. Whoa.

Groupon, as you probably are by now aware, is exactly what it sounds like: a daily-deal site offering group discounts. Maybe you’ve seen that done before, but certainly not like Groupon, which has executed with an energetic sales force and engaging copywriters, many culled from the Chicago comedy scene. Just two years after founding by wunderkind-of-the-moment Andrew Mason, it’s poised to make $500 million in revenue. CNBC wonders if that makes it the fastest-growing company ever.

Understandably, the tech world is excited. Here’s a snapshot of the froth from the peanut gallery as this story has unfolded, per CNET’s Caroline McCarthy:

The barrage of rumors over Groupon is an interesting one — Yahoo wants it! Yahoo loses it! Google may be willing to fork over $4 billion for it! Groupon doesn’t want to sell! Wait, has Google bought it? — is an interesting one, if only for the reason that most of the acquisition targets these days are eyed for the hot technology they’ve built. Groupon isn’t.

Here’s the first thing I thought when I heard that price: “What? But Skype sold for $2.6 billion and it was a completely game-changing technology! This is group coupons.” Leaving aside the fact that eBay bought Skype in 2005 and use of the web by people with purchasing power all over the globe has exploded since then, the simple fact is that the price makes sense if Google will get that kind of value from it. Well, $5.3 billion is too hefty a chunk of change for me to put money on, but since they are, let’s assume they will. Google has historically been weak in local, and Groupon will plug that hole nicely. Per Kara Swisher: “It will move the search giant instantly to the top spot in local commerce online and give it huge troves of data about consumer buying habits and merchant information across the globe.” Groupon is a company beloved by so-called Normals (its name alone is so genius on that score), but importantly it also brings local businesses to their local, online audience — historically a challenge.

But even assuming this is good for Google — and Albert Wenger doesn’t — if there’s an offer on the table, then Groupon holds the cards. By all seeming accounts, it does — it has seemed to evince reluctance to relinquish its full independent potential, in the mold of Foursquare and Facebook and, er, Friendster. Yesterday Groupon launched Groupon Stores and Deal Feed. Groupon Stores enable businesses to post their own deals whenever they want, and the Deal Feed takes the sudden glut of extra deals and allows customers to see them in a personalized feed. Pretty smart. And today, Groupon announced that it had acquired three discount deal sites in Asia and a start-up in San Mateo.

The message: Groupon is a standalone business that can keep iterating into world domination! Yes, it’s a juggernaut that went from 0 to $500 million inside 2 years — but as the saying goes, what have you done for me lately? As McCarthy notes, continued innovation and iteration keeps the great white shark swimming, and with Groupon’s high employee count and single-strength offering, albeit on an impressive scale, McCarthy sounded doubts about the company’s ability to keep up the ridiculously impressive pace.

It might, it might not. Here’s why Groupon shouldn’t bank on it, and instead, should make bank with Google:

1. Groupon Imitators Are Coming Thick And Fast. Daily Deals! Everyone loves them! So much that everyone’s trying to do them! It’s attack of the clones, with nearest competitor LivingSocial growing super-fast and surfing happily along atop the power of Facebook Connect. Groupon has done it all bigger and better, of course — but then again, so had MySpace.

2. Daily Deals — or Any Deals — Can Be Found Anywhere. Groupon is a great concept packaged in a superb name, but the concept of group discounts is not new. (As a kid I sold those Entertainment coupon books — a nice value, to be sure, but I certainly don’t recall becoming a gazillionaire). Moreover, deals do not have to be packaged as either “daily” or in a “group” to provide enticing value to a consumer. Now that the eyes of money-hungry entrepreneurs have swung Groupward, everyone is, and will be, looking at how to get in on that pile of gold. Innovation cometh. As Wenger says, “the price for connecting a deal searching consumer with a deal offering business should get driven down quickly…ultimately this will be a performance based market. Deal aggregation or search (e.g., Yipit) would seem to be a better model and one that fits more naturally with Google’s DNA.”

3. Groupon is a People Company — And Tech Will Want To Crack This Nut. Groupon’s model: Getting the group discount rate first, finding the group second. The daily deal goes out and, if a minimum number of people sign up, they can all share in the group rate. Vendor gets customers, customers get a discount, Groupon gets a cut. Great. So now that we it works, the next step is, obviously, to do that by algorithm. It’s only a matter of time before some smarty-pants techie-tech outfit sits down with some massive data sets and uses predictive modeling to auto-configure groups that are likely to buy X or Y at a certain date. Think of it as a sort of Minority Report for shopping.

Obviously sites like Hunch and Netflix are getting in on that early, and the machines doing the learning are only getting smarter over time. If sites like this are getting better and better at predicting what people will want and when, it will start being used further and further up the supply chain, not just at the point of sale. Upshot: Groupon will probably get pwned.

Well, whatever’s gonna happen is probably already decided, and there are worse decisions to have to make. Whatever happens after the stress of this milestone, one thing is certain: Andrew Mason can probably get a great deal on taking his whole staff for a massage.