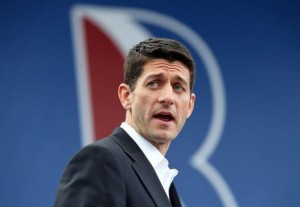 Who would have thought that Runner’s World magazine would find itself at the center of another political controversy, about another Republican vice-presidential candidate? This one, however, could really hurt. Hot on the heels of Rep. Paul Ryan’s (R-WI) Snickers™ Bar of Lies at the Republican National Convention comes the story of how Runner’s World debunked Ryan’s claim to have run a “two hour and fifty-something” minute marathon.

Rep. Ryan made the claim in an interview with Hugh Hewitt last week:

HH: Are you still running?

PR: Yeah, I hurt a disc in my back, so I don’t run marathons anymore. I just run ten miles or yes.

HH: But you did run marathons at some point?

PR: Yeah, but I can’t do it anymore, because my back is just not that great.

PR: Under three, high twos. I had a two hour and fifty-something.

Runner’s World‘s Scott Douglas thought Ryan’s claim sounded a little fishy, noting that such a performance would put Ryan well ahead of other political marathoners, including the aforementioned Sarah Palin, whose best time lags more than an hour behind the time Ryan claimed (He also detailed a highly dubious marathon claim by former Democratic presidential candidate Sen. John Kerry).

Douglas did a little legwork of his own, tracking down the name of the race that Ryan had run from a campaign aide, who confirmed that Ryan’s “comments on the [radio] show were the best of his recollection.”

The campaign gave Ryan the right race, but the wrong year. Even so, Runner’s World dug up eleven years of records for the Grandma’s Marathon (a true testament to the value of a beat writer), and found this:

Now busted, the candidate released this statement through a spokesman:

“The race was more than 20 years ago, but my brother Tobin—who ran Boston last year—reminds me that he is the owner of the fastest marathon in the family and has never himself ran a sub-three. If I were to do any rounding, it would certainly be to four hours, not three. He gave me a good ribbing over this at dinner tonight.”

This must have been the same dinner at which Ryan’s brother reminded him that he’d never actually walked on the moon, but had once done some fairly convincing mimicry of the Billie Jean video. The only person who could possibly knock over an hour off of a marathon time by accident is someone who had never actually run one.

As it turns out, despite having told Hewitt he had to stop running marathons (plural) due to an injury, Ryan’s campaign says he ran just that one.

Even fake stories of “serial exaggeration” did serious damage to former future President Al Gore in 2000, so a story like this, on its own, has the potential to capture the imaginations of the less politically-engage voting public. Add to that the fact that it comes on the heels of a high profile speech that was characterized by its remarkable dishonesty, and you have the potential for a Lyin’ Ryan narrative that could stick, and could really hurt the Romney/Ryan ticket with the sliver of voters who haven’t made up their minds yet.

Working in Ryan’s favor are the fact that this story is breaking during a holiday weekend, one during which most of the political media are recovering from the Republican National Convention, while tooling up for the Democrats’ gathering next week. He also benefits from the mainstream media’s faint-hearted reticence to call Republicans liars, even as they’re pointing out their lies.