Yes, Democrats Supported Slavery, But That Misses the Point 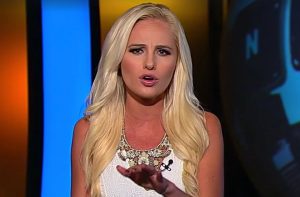 “The Democratic Party used to support slavery!” You’ll read a phrase like this on conservative websites sometimes. You might have heard it from political commentator Dinesh D’Souza, or more recently from The Blaze’s Tomi Lahren.

This is technically accurate, but misleading history. It’s actually the modern Republican Party that’s the spiritual successor of the pre-1964 Democratic Party. Please understand, though: This article isn’t a partisan smearfest. The story behind all this doesn’t make any region of the county look good, nevermind political organizations.

It’s kind of a convoluted story, so let’s untangle all this piece by piece. In a clip published Wednesday, Lahren skewered the Democratic Party for hypocrisy after donor Benjamin Barber was recorded calling black Republicans “f—ked in the head” for “helping the enemy who want to destroy them.” She points out that the ostensibly liberal organization has a troubling institutional history of racism.

As she put it:

Well, it was southern Democrats that fought for slavery. Oh, and the KKK, it was originally an arm of the southern Democratic Party. The mission: to terrorize freed slaves, and those who sympathize with them which would be “the Radical Republicans.”

Dems largely opposed the 13th Amendment, she said. That bigotry continued through the decades, even to the vote for the Civil Rights Act of 1964 (“supported by a higher proportion of Republicans than Democrats”) and racist President Lyndon Johnson. She said that the current Democratic depictions of the Republicans as bigoted are really just self-serving hypocrisy.

And her history is absolutely correct, but it’s used in a selective, misreading view of history that ignores a lot of the mid-to-late 20th century, as well as the “southern strategy.”

Here’s the situation. The Democratic Party was founded in 1828, and soon established a solid base in slave states, though it was reasonably popular in the North, too. This continued through the Civil War, when it was the de facto part of the Confederacy. Later, President and Democrat Andrew Johnson opposed equal rights for black people even though he was Lincoln’s vice-president.

Meanwhile, the Grand Old Party has a foundation that current members should be proud of. It was the party of passionate abolitionists. It was the party of Free Soilers worried that big plantations hurt free laborers. It was the party of Lincoln who, when elected to the presidency, stuck to his promise to stop slavery’s spread to new territories and states. As time passed, he grew even more as a person and as politician. After all, no one remembers him for being a mere “moderate.”

The Democratic Party remained identified with the former slave states and racist politics for decades, with heavies like Senator Richard Russell (D-Georgia) arguing against federal anti-lynching legislation on the basis of what he called minority rights (the minority being the former slave states). Legitimate plot twist: He had a weird belief that desegregating the Army would lead to the spread of more STDs. That’s some gold-medal prejudice.

Things changed in the 60s. President Lyndon Johnson alienated the racist wing of his party by supporting potent civil rights legislation, though he was a casual bigot himself. (That old man really liked to sling the N-word.) Biographer Robert Caro has suggested that LBJ supported reform because of sincere belief and also self-interest in becoming a transformational, important president.

Yes, Lahren’s claim about the vote for the Civil Rights Act of 1964 is correct for both the House and the Senate, but it presents a complicated situation in a reductive way. Cue Republican presidential nominee Barry Goldwater, who voted against the bill as a senator. This alienated the North, but attracted certain voters in the South. It was during this time that infamous politicians like Senator Strom Thurmond jumped to the other side: He turned his D to an R.

Goldwater got destroyed in the 1964 election, but he won 6 states, and in 1968, staunch racist and disgruntled Democratic George Wallace won 4 of those states (all belonging to the former Confederacy) in his third-party run for the presidency.

This period marks the beginning of the southern strategy, and the Republican Party’s longstanding and problematic appeal to voters alienated by the Democratic Party’s new-found support of the Civil Rights Movement.

If you need a refresher on the southern strategy, here’s a great summary from the History Channel (remarkably, it’s an actual history lesson and not one of their reality shows):

Of course, not everybody jumped the Democratic ship: Wallace pursued the party’s presidential nomination as late as 1976. Sen. Robert Byrd (D-West Virginia) stayed on board as well to the end of his life, always careful to distance himself from his previous affiliation with the Ku Klux Klan. It happened on the other side too. The father of former Secretary of State Condoleezza Rice was a Republican because they actually supported his right to vote in 1952, and she followed in his footsteps.

But change settled in, slowly but surely. At the risk of oversimplifying a complicated process, I’ll say this: the parties more or less just swapped members.

Formerly, it was the Democratic Party that was associated with the former Confederacy, limited government, and sadly, institutional racism at its worse. After the 1960s, it was the Republicans.

It’s not like the North is less bigoted than the South, or the West for that matter. I grew up in Florida, and went to college in New York. The only difference between these regions is that institutional racism was simply more obvious in the former Confederacy. Bigoted attitudes and systems have always existed in so-called PC liberal bastions.

(We could spend hours also talking about prejudice against Native Americans, Asian people, Hispanic people, and Muslims, but for the sake of this article, let’s stick to anti-black racism in the North.)

When Lincoln ran for the U.S. Senate in 1858, the “free” state of Illinois didn’t allow black people to vote or sit in juries. It was politically compromising for him to even suggest that they were equal to white people, and opponent Stephen Douglas legit put him on the defensive, and made him hedge his words. That’s right: Lincoln’s own history with race was fraught.

This kind of stuff wasn’t historically rare in the North. Those abolitionists preachers and Free Soilers may have opposed slavery, but they didn’t necessarily commit to the idea of an equal, multi-racial society.

Plus, the North continued to benefit financially from that peculiar institution through trade with slave crops like cotton, sugar, and tobacco. Merchants in New York City, ever the economic powerhouse, actually opposed Lincoln because his anti-slavery politics caused too much trouble. Bad for business.

So was The Democratic Party the part of slavery? Yeah. Sure. But look, here’s the thing about parties. They’re coalitions, not monoliths. They are comprised of people, and those people shape those organizations through their beliefs, statements, and actions. The Democrats could suddenly call themselves Republicans tomorrow, and the Republicans could call themselves Democrats. It would cause no meaningful change if the same people are affiliated, professing the same beliefs they always have.

So the idea that white Democrats are all secretly racist? It’s a tempting tactic to use in partisan smearfests, but we shouldn’t skew history to do it. Of course, there are plenty of fraught engagements between liberal people of color and obstensibly left-wing white people. Even the all-inclusive term “people of color” suggests a monolith that has never existed. But knowledge of all that shouldn’t be used to cover up the Republican Party’s flaws, especially as certain members support a candidate that appeals to America at its most hateful.

[Screengrab via The Blaze]