The defense lawyer who opened the George Zimmerman murder trial with a knock-knock joke has found himself in a sticky situation Friday after apparently taking a “selfie” photo was his daughters Rachel and Molly West that was later posted to Instagram. Don West appears in a photo on the account of someone with the user name “mollywestttt” with the caption “We beat stupidity celebration cones … #zimmerman #defense #dadkilledit.” The implication is that West and his daughter were celebrating week one of the trial with ice cream cones. 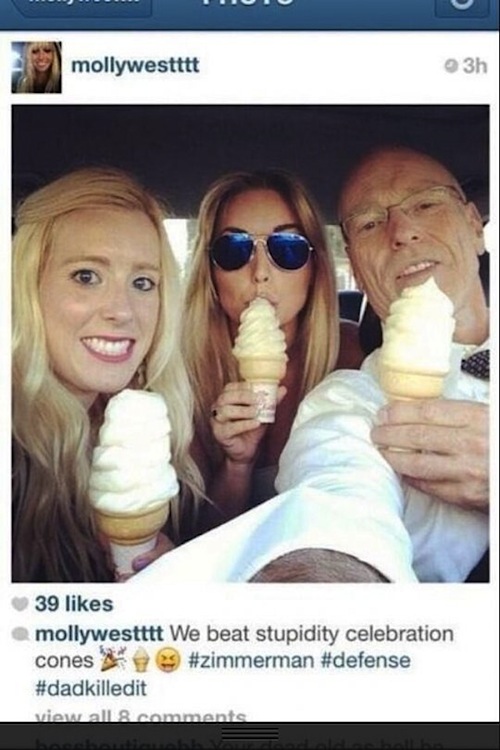 ABC’s Miami affiliate Local 10 has been on the case, using their dedicated Zimmerman Twitter account to give updates on the unusual photo. The station indicated that West would likely issue a statement on the photo but as of Friday evening, that had not happened. They did point out that the tie in the Instagram photo matches the one West wore on the first day of the trial, Monday. 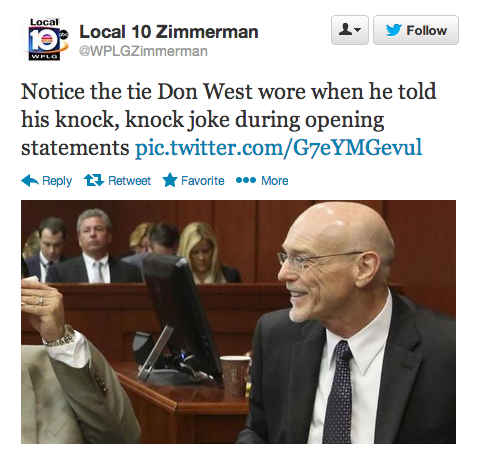 Along with the knock-knock joke, for which West later apologized, the photo appears to be another example of the defense attorney’s tendency to make light of a trial that most of the people involved seem to be taking very seriously. Is another apology on the way?

“[West] was doing something he does almost every day, an old tradition with his daughters. They went out for ice cream. Don had no idea that she’d post it on Instagram… The girls like to make fun of their dad frequently.”

West delivered his own statement, which simply read: “As a parent, we’re not always proud of things our children do, but we love them anyway, and then we move on.”