Can a Horror Democratic Field Beat the Postmodern President?
Opinion 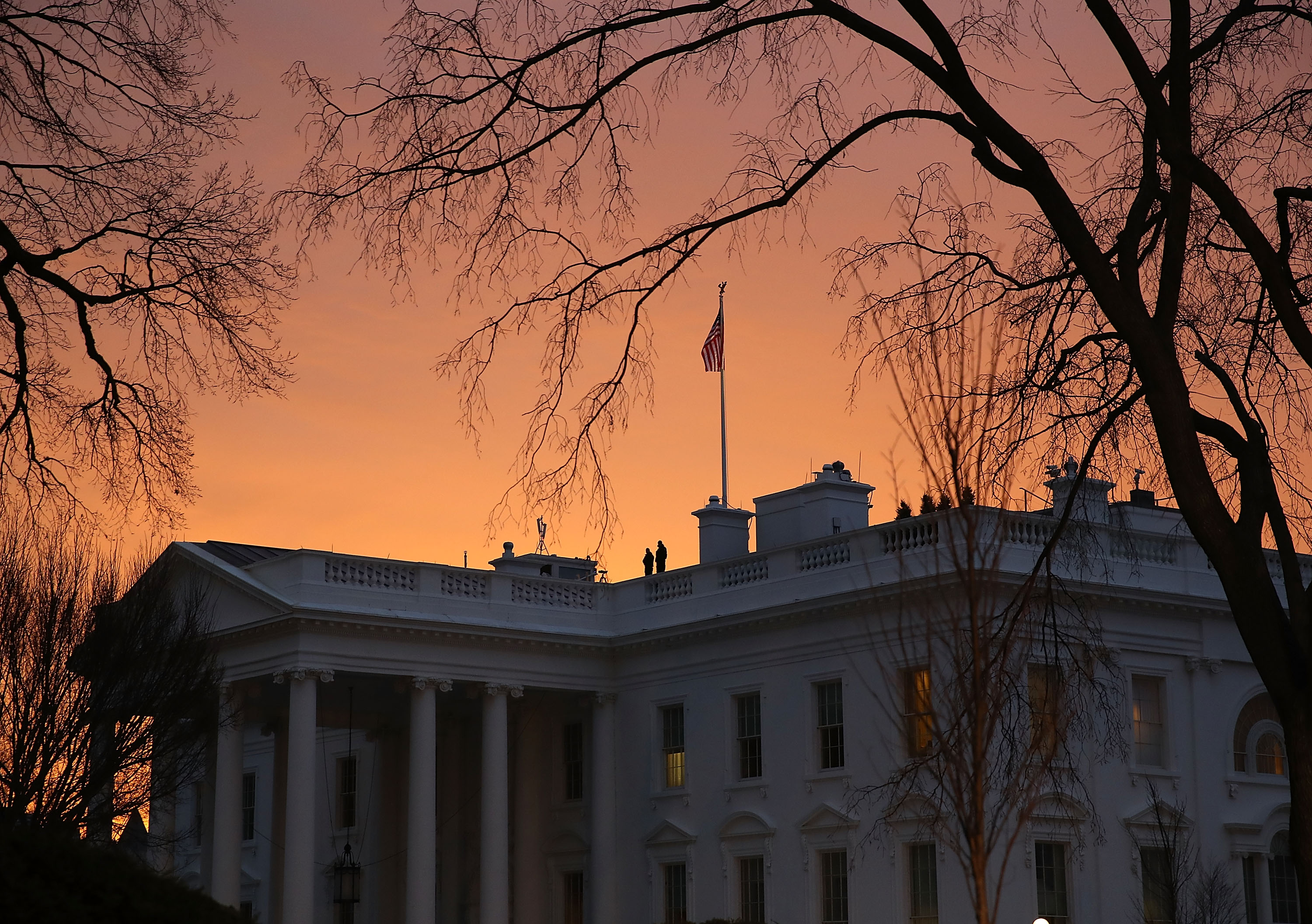 It is inconceivable that facing President Donald Trump in 2020, Democrats are still using the same patronizing old tropes and pandering stump speeches nobody wants to hear anymore. Trump took the habit of breaking the fourth wall on the trail because he knew he had nothing to lose.

There’s nothing Brechtian about Trump, in postmodern times Bertolt Brecht is irrelevant. The asymmetrical high and low culture president, who can tweet about the INF treaty one minute and Chrissy Teigen the next, occupies no center.

It had to happen. Trump is the first postmodern president, except he, frightfully so, has no idea who Jacques Derrida is. It would have come in handy to understand origins as traces, aka fake news. “Fake news” is a tautology. Is there really an idiot on the Eastern corridor who believes in such a thing as objective news? Facts? The Truth? The Columbia Journalism Review? Brian Williams? Hasn’t anyone in New York read William Faulkner’s Sound and Fury or watched Akira Kurosawa’s Rashomon?

By breaking the fourth wall, newly-minted white trash Trump turned politics into a pastiche, a copy of a bad stand up comedy routine, that particularly American brand of toilet reactionarism.

These conventional politician dorks are no match.

My good friend Elizabeth or Joe, Bernie Sanders keeps on saying on stage. One look at Sanders behind that dandruff mist and we all know he has no good friends.

Bernie would win the nomination if he were to turn to Pete Buttigieg after the mayor’s latest preposterous attack on Medicare for All and say, I don’t like you. Nobody does.

In South Bend, during that horrifying town hall meeting, Mayor Pete could have turned meta and broken the fourth wall by telling his black constituents, I’ll tell you what I’m firing this police chief because I need your vote to get the nomination. He stood silent with the mic stuck to his chin and hatred in his eyes. All Jesus, no kink. His campaign ended right then and there but the neoliberal media still want him to be the nominee. We know what he was thinking. I went to Yale with a stint in Afghanistan, haven’t worn a jacket in months to convey earnestness and excellency in work ethic, all these bundler fools in Texas and hedge fund Ayn Rand lunatics in Silicon Valley are finally starting to take me seriously and now my campaign is dead because of this. The New York Times this week ran a story blaming his sexuality for his “strikingly” low support among black voters in crucial South Carolina. It never crossed the Times editors’ minds that black voters had done their research and were appalled by Buttigieg’s firing of Darryl Boykins and the subsequent murder of Eric Jack Logan.

Bernie could go visit a community college and before leaving tell reporters, I can’t believe this shit, I’m gonna close these shit holes and open elite colleges to the unwashed. At least Jeremy Corbyn had the balls to propose the shuttering of Eton. Bernie, stop posturing or we are going to bring back these videos of you and your staffers manhandling the Black Lives Matter women who stormed your stage. Or your pro-gun and anti-immigration votes and W2s of the women who worked for you in 2016 at 50 cents on the dollar the men where making.

His good friend Elizabeth Warren is dangerous. But she too could win. She reminds me of people in Manhattan who say they love animals and everything Peter Singer until you go to their Upper West Side apartments and see their dog kept in a cage all day to stop them from chewing on their Jimmy Choos and sand wedges. Democrats, four years ago, nominated a Barry Goldwater candidate and look what happened. Warren understood she had to pretend to be a true progressive — so she’ll play Emma Goldman in Washington Square Park but she will never plan for the nationalization of utilities, the only possible course of action if she were serious about the Green New Deal. The scariest part about her campaign is when she tries to appropriate surveillance capitalism. This is something Michel Foucault didn’t foresee: the capitalistic Antonio Gramsci. Anyone who has read the amazingly foreboding Prison Notebooks can only be sickened at the idea of a Warren presidency. There are plenty of signs already that she doesn’t know what she’s talking about. She recently asked for U.S. troops to leave the Middle East only to have her campaign release a statement saying she only meant Syria. She could break the fourth wall though, by unapologetically using her gender as a mantra. Do you want a woman in the White House or not? Her hedge fund presidency will be worse than Obama’s.

Bernie’s senile friend, dentured, botox-filled Joe Biden, is consistently breaking the fourth wall by stumbling right into it. If he wins it will be because America, after discovering Whole Foods’ fumé tilapia, has now fully embraced the centrist left’s morbidity and palliative care.

Amy Klobuchar has this amazing ability to consistently list her right-wing flyover exploits. Meaning, nothing. A typical case of symbolic violence is how lazy journalists, not the most educated bunch, can impose their idiocy on politicians. You are what you do. Kamala Harris was a prosecutor? She’ll be the prosecutor politician and gladly she complies no matter how incompetent a DA and AG she was in California, where she loved to incarcerate innocent people.

Beto O’Rourke should just come clean and cop to the fact that he used the El Paso massacre as leverage. Listen, I will be ruthless in my cynicism working for you guys, I’ll use anything to move the country forward. I’m beyond driven and shameless. What I did with these poor Latinos and gun control I’ll do it for you.

By consistently reminding the other candidates to play fair and nice Cory Booker is breaking the wall all right, although there’s something off about him I can’t quite place. There’s someone else on the campaign trail who is just as remarkably sharp. Of course no one has ever heard of Mark Charles.

Tulsi Gabbard is an interesting case if you happen to believe that Democrats who watch Fox News are fascinating. There are so many of them. They are usually ardent readers of Winston Churchill’s dumb books and look annoyed when you remind them this imbecile once approved of Adolf Hitler.

Andrew Yang is the red baiting Thomas Paine, quite a remarkable accomplishment. His UBI sounds like something Paine would support except that Yang doesn’t know that what he’s actually talking about is from Das Kapital. While Marx saw production oversaturation as an opportunity to stop worker exploitation and finally give a chance to millions to explore knowledge, this fool is actually a productivist.

We are all now extras in a Sasha Baron Cohen movie. Are you reading this Michelle?