Here's Why Trump Will Not Be Removed After Impeachment
Opinion 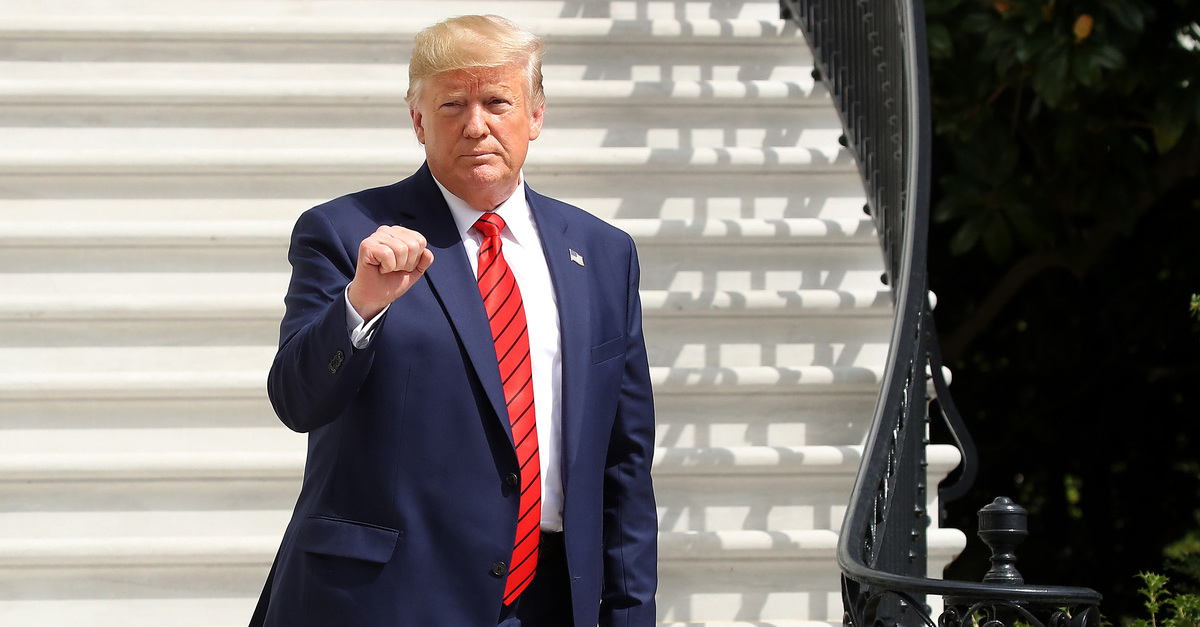 Tomorrow, the House impeachment inquiry of President Donald Trump begins its second public stage with likely snooze-inducing hearings in the Judiciary Committee. However, we now know for sure that, while Trump is indeed going to be impeached, barring a massive and totally unforeseen “black swan” event, he will not be removed from office by the Senate.

This reality, while hardly surprising, is now essentially official. It also deserves to be both recognized and thoroughly explained.

To understand why this is, regardless of the strength of the case against the president for having committed impeachable offenses (which is very strong not just within the Ukraine scandal, but perhaps even more compelling with regard to elements of the Russia investigation), you must first accept the unique role of public opinion in the Trump era. Since facts, logic and principle no longer matter, in order for the Republican-controlled Senate to feel real pressure to remove Trump, at least 65% of voters need to support that outcome.

Now that the real witness testimony is apparently over, and there is no indication that former national security adviser John Bolton is going to participate, it is very clear that is not going to happen.

While some polls indicate at a little over half of Americans favor Trump’s removal, that number has now hit the brick barrier of Trump’s cult-like support. Trump hasn’t built his much-promised wall on the Mexican border, but he has indeed constructed a formidable fortress around his base of political support, apparently for exactly this type of purpose.

For public support for Trump’s removal to reach the magic number, roughly 1/5th of Trump’s political core of 40% approval would have to suddenly decide to be in favor of such action. Since these people are either directly part of what is effectively a cult, or at least share the same political DNA as those who are clearly in the “Cult 45” category, they simply cannot be persuaded based on the current situation.

Why this is the case starts with how they view Trump. In their minds, he is a combination of the Wizard of Oz and Indiana Jones, who has beaten the odds, certain destruction, and his many critics, numerous times while somehow managing to kill off Hillary, the Wicked Witch of the West, and save the United States Supreme Court from the liberal heathens.

Therefore, especially in a time of peace and prosperity, like an NFL coach who has won multiple Super Bowls with lackluster talent, he gets every possible benefit of the doubt from his fans. He also enjoys the huge advantage of his having critics within his own ranks be terrified of making a move against him because no one doubts his ability to survive almost any scandal.

While part of Trump’s invulnerability to removal has to do with him and the extraordinary powers of the presidency, much of it really has to do with the nature of his followers. In short, like five-year olds with Santa Claus, they are just way too emotionally invested in Trump being a success, or at least not an abject failure, to ever let go of their fairytale.

It is an underrated truism of humanity that is it far easier to dupe someone than to convince them that they have been duped. It is also next to impossible to dissuade someone of a fervently held belief using facts and logic when their initial conclusion was based almost solely in emotion and tribalism (this reality is the foundation of why cults are able to maintain themselves).

For the many Trump supporters I know, both the hard and soft-cult variety, ever admitting that Trump was, just as they were warned by people they already fear are actually smarter than they are, unfit for the office, a mortal threat to the GOP, and a danger to the nation, is just asking way too much of them psychologically. It would be a lot like forcing Alabama football fans to publicly declare that Auburn is the better school/team.

No matter what the scoreboard may say, Trump fans are just way too emotionally devoted to their current worldview to ever turn back now. Especially not because of a corrupt scheme involving a country they can’t find on a map, which didn’t impact their lives, and that never fully came to fruition.

The only way for that to change would be if significant portions of the “conservative” state-run media were to abandon Trump first. However, because the news media, especially on the right, is no longer a journalistic enterprise but rather an elaborate form of therapy geared at generating corporate profit, there is just no way that will happen (especially after the departure of Shepard Smith from Fox News).

Quite simply, it is in no one’s economic self-interest on the right to attack Trump. Since no person in a position of power, especially in the news media where job security is extremely low and narcissism is tremendously high, will ever do anything against their own self-interest anymore, no one will here.

Consequently, this leaves Republican politicians as the last line of defense for justice to have any chance in this case. In this era where the safest bet of all is for cowardice to win out over courage, this would be like having put all of your chips on the French stopping Nazi Germany during World War II.

Sadly, any legitimate chance for there be to real resistance to Trump within the Republican Senate died with John McCain. With his passing, which then allowed his close friend Lindsey Graham to instantly transform into the worst of all the Trump sycophants, along with the retirements of Jeff Flake and Bob Corker, there was no longer anyone to provide cover for Mitt Romney to be outspoken enough to possibly make it at least somewhat safe for others to join him.

Instead, Romney is both tepid and effectively alone. No one wants to align with him because they know the effort will not be a success, and that therefore they will face instant execution via Trump’s Twitter feed and the state-run “conservative” media operation.

House Intelligence Committee Chairman, Democrat Rep. Adam Schiff choked up as he closed the first portion of public impeachment hearings while quoting recently deceased Rep. Elijah Cummings, who famously declared during the Michael Cohen hearings, “We’re better than that!!” It is my theory that part of why Schiff got so emotional is that he knows deep down that we are NOT better than that, and the rest of the impeachment process is very likely to prove it.

I delve further into this entire subject in my most recent podcast, which be heard at either of these two links: Apple. Whooshkaa.