What Should Articles of Impeachment Against Trump Be?
Opinion 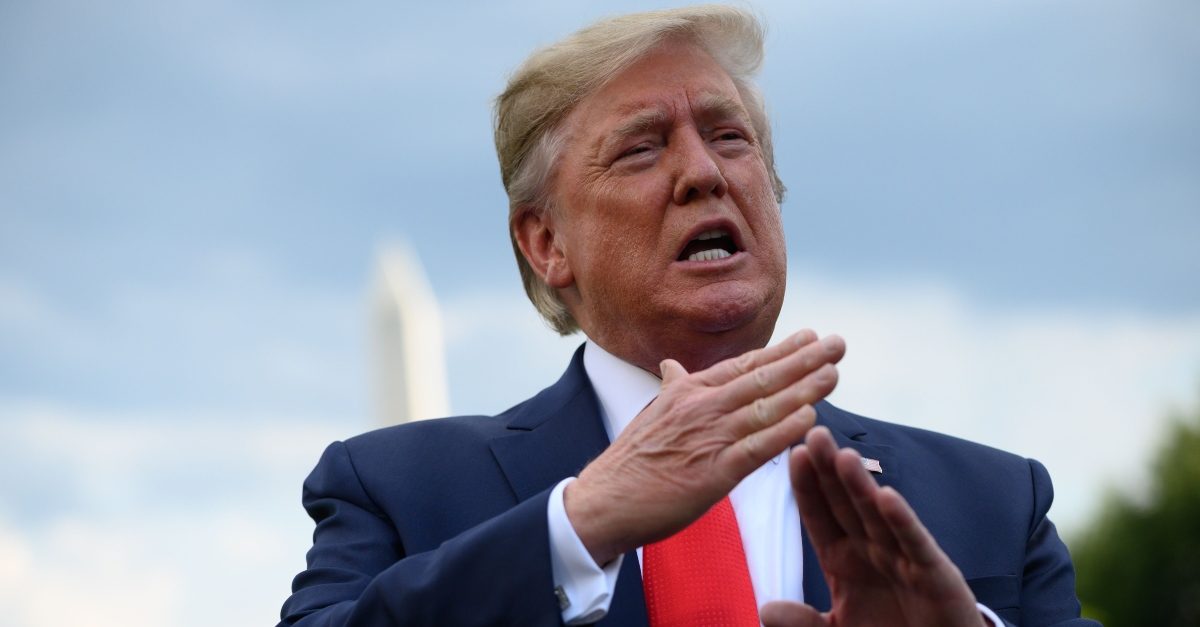 Now that the House of Representatives has officially voted, on a depressingly partisan basis, to authorize and set the rules for the impeachment inquiry of President Donald Trump, it is a near certainty that he will indeed be impeached (but not removed). The question is, what will be the exact charges?

There has been much debate over whether Democrats should go “small/narrow,” or “big/broad” in this endeavor, and there are merits to both strategies. There may be a hybrid method that could achieve most of the goals here, however, while also mitigating the risks.

It is now very clear, even to many Republicans in the Senate, that there absolutely was an outrageous quid pro quo between Trump and the Ukrainian president for U.S. military aid to be tied to helping Trump in his reelection bid (though I am still of the belief that he may have also been indirectly asking them for help for Roger Stone’s defense in his upcoming federal trial). However, there is no sign whatsoever that there is any significant cracking in the willingness of GOP senators to humiliate themselves by pretending that such an egregious abuse of power for purely personal gain is somehow not an impeachable offense.

Consequently, this impeachment must proceed based on the premise that its primary value, which is still considerable, is not in the attempt to actually remove Trump. Instead, it is to make sure there is some semblance of historical accountability for his transgressions, as well as to stop incredibly horrific precedents to be set going forward.

If there was a legitimate chance to remove Trump from office, the argument to go extremely contracted in the scope of the charges against him would be much stronger. Put a micro-focus only on the Ukraine quid pro quo, the theory goes, and force Republican senators to defend only that rather simple, and already basically proven, allegation.

But that approach shows no sign of overcoming the ability of the state-run “conservative” media to rationalize literally anything on behalf of Trump, therefore eliminating most morally-lost GOP senators from feeling any legitimate pressure to do the right thing. Accordingly, it would be counterproductive to limit the articles of impeachment to just the act of blackmailing Ukraine into doing his political bidding because there would be a clear implication that everything else Trump has done would be inherently “not impeachable,” thus creating some dangerously high standards not just for impeaching future presidents, but specifically for Trump’s possible second term.

On the other hand, trying to define and delineate all of Trump’s theoretically impeachable offenses in separate charges would be extremely complex and probably logistically impossible. Therefore, the House, which has wide constitutional latitude with regard to how they can structure the impeachment/indictment against a president, should consider a slightly different configuration.

Instead of charging Trump with a specific act that is impeachable, they should indict him with four broad varieties of “crime,” using the multiple explicit incidences within each area as the evidence to back up the general allegation. In other words, rather than, in theory, charging Trump with one specific “burglary,” they should indict him instead for having been a serial “burglar.”

Taking this concept out of the theoretical and putting it into the practical, here is what those four charges could look like:

Abuse of Power: Here is where the Ukrainian scandal would be at the top of a potentially long list of compelling examples (the most underrated of which was the firing of Attorney General Jeff Sessions purely because of his proper recusal from the Russian investigation).

Obstruction of Justice: The second half of the Mueller report already outlines numerous verified instances of this, which were only added to by the voluminous times in which the impeachment process itself has been illegitimately stymied by Trump.

Campaign Violations: Having already been named as “Individual 1” in a criminal conspiracy to evade campaign finance laws during his election (which led to his personal lawyer going to prison), this one is also ready-made. The effort to get Ukraine to take out Joe Biden could easily be placed under this article of impeachment as well.

Emoluments Clause Violations: Because, despite Trump calling it “phony,” it is so clearly defined in the Constitution, and because he is so obviously in constant violation of the principle (simply via ownership of a Washington hotel that foreign dignitaries regularly patronize in order curry favor with him), if you are going to actually impeach Trump, it would be a mistake to not at least add this one on to the charges.

This structure would not only protect the problem of setting horrible precedents, while eliminating the absurd charge that impeachment was only about “one bad phone call,” but it would also have political advantages as well. Vulnerable Democrats could demonstrate their lack of “Trump Derangement Syndrome” by voting against a couple of the articles, while retiring Republicans would have the option to do the same thing, which might get at least a few to vote in favor of one or two of the most popular charges, thus making the final vote at least somewhat “bipartisan.”

In my most recent interview with my long-time friend Rep. John Yarmuth, Democratic Chairman of the House Budget Committee (whose mind I helped change in favor of impeachment), I went into greater detail about how this concept might be the best path forward. You can hear that extensive discussion at this link.

John Ziegler is a senior columnist for Mediaite. He hosts a weekly podcast focusing on news media issues and is documentary filmmaker. You can follow him on Twitter at @ZigManFreud or email him at johnz@mediaite.com