A Great Country Would Have Already Impeached Trump, But Maybe We Should Just Admit We No Longer Qualify
Opinion

A Great Country Would Have Already Impeached Trump, But Maybe We Should Just Admit We No Longer Qualify 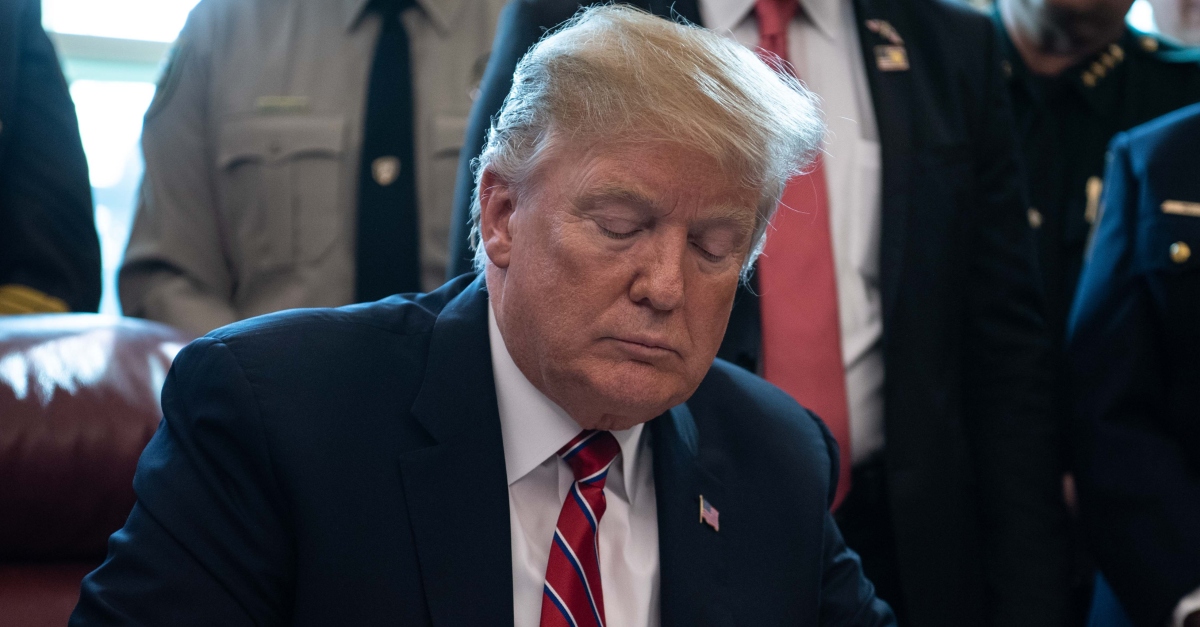 When it comes to the great “Impeachment Debate,” I come at the subject from what is a literally unique perspective. For instance, there is surely not another delegate to the 2008 Republican National Convention who has successfully publicly lobbied a prominent Democratic Congressman to change their mind in favor of impeaching a Republican president.

Ironically, as the fervor to impeach President Donald Trump has grown in many corners of the Democratic congressional caucus, and one very lonely Republican congressman, my enthusiasm for Trump to be impeached has started to wane. Not because he doesn’t merit such an indictment, or that history doesn’t demand it, but because it is becoming clear that there are no heroes around, other than maybe Rep. Justin Amash, who are willing to keep the impeachment of Trump from being a disaster.

Before I explain why, I need to describe exactly what Trump has done to warrant his impeachment and potential removal from office. The fact that this is even necessary, as hardly anyone, at least on television, ever details the case, is, in itself, proof that the effort to impeach Trump is doomed to some level of failure (at least with Bill Clinton the average American could tell you in a sentence or two why he got impeached).

While hardly a complete list, here are the most clear-cut impeachable acts for which there is sufficient evidence to impeach President Trump:

The answer to the question of what to do about all this is not nearly as obvious as the evidence against Trump. My primary desire for Trump to at least be impeached, even if it was always obvious that, barring an economic collapse, the Republican Senate would never remove him, has been from the viewpoint of history and our future.

If Trump is not at least impeached for his already proven conduct (and to be clear, there are a lot of acts which may have happened, including in the realm of “collusion” with Russia, that have not been sufficiently proven), then how could a future president, perhaps one even more overtly dangerous than Trump, ever possibly be removed? The many horrific precedents being set here would include creating an absurd new rule that, unless the president’s own party widely agrees to remove them, that impeachment is effectively totally off the table.

However, as a practical matter, it is now possible that impeaching Trump may lead to an even greater “victory” for the president than I had previously thought. This calculus has changed because it is now very clear that the forces assembled to go into this battle are not prepared to do so in a way that at least results in an honorable defeat. (The best proof of this is that the process hasn’t even started yet. If Trump is really such a great risk to the republic, then why is there no haste?!)

Central to this reality is that Robert Mueller, an honorable but antiquated public servant who is ill-suited for these bizarre times, is clearly not willing to do what would be necessary for impeachment to be publicly viable among a populace which is lazy and ignorant. His supposedly dramatic statement Wednesday was far too nuanced and reserved to impact real voters, and was easily dismissed by the state-run “conservative” media as meaningless.

In short, what Mueller said might have been effective enough if it happened when his report was released, but now, especially after the damage done by Barr, it is simply too little, too late. His current unwillingness to testify publicly strips the impeachment movement of its most powerful weapon.

Similarly, Don McGahn is unwilling to make a sacrifice for the country and testify, even under subpoena, against Trump. Currently in prison, Michael Cohen’s credibility has been, fairly or not, mostly shot.

Mitt Romney has made it obvious that he is coward. John McCain is dead. His alleged best friend Lindsey Graham has seemingly been compromised. Jeff Flake and Bob Corker are no longer in the Senate. George W. Bush has muted himself, and his parents are no longer with us.

Meanwhile, on the Democratic side, Nancy Pelosi is afraid of her own shadow, and this has rendered key Democrats like Jerry Nadler and Adam Schiff largely impotent. Not even Bill Clinton, who has obvious credibility on the topic, has come out in favor of Trump’s impeachment.

If you are going to take on a dastardly rule-breaker like Trump in an impeachment fight, you cannot do so shorthanded and in a timid manner. It is quite clear that we no longer remotely have the type of leadership our Founding Fathers counted on to courageously come through in challenging times like these.

So, while philosophically I still strongly support Trump’s impeachment, perhaps it is time that we accept the sad reality that we are just not the country we once were, and we are no longer capable of doing great or brave things, at least in the political realm. Maybe Trump should remain president, not because he deserves to, but because he is the president that our politically pathetic nation now deserves.