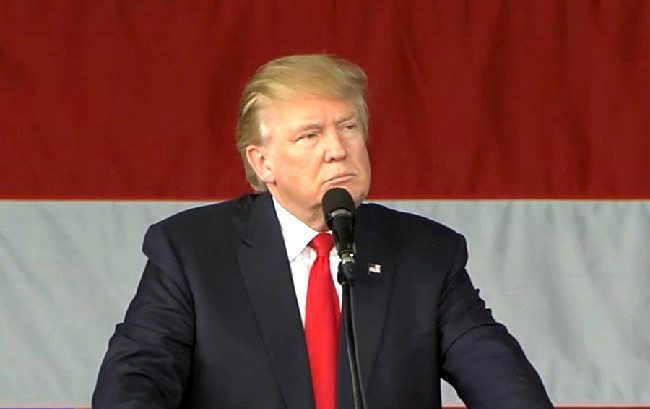 This week, the media freak-out over nightly “bombshell” revelations regarding evidence of President Trump’s apparent malfeasance and general abject incompetence reached, perhaps prematurely, a 9.5 out of 10. It culminated with Friday’s story that Trump told a Russian spy, in the Oval Office, that he fired the FBI Director, who is a “real nut job,” because he was investigating their involvement in our election and that he had gotten rid of the problem.

Within the last two weeks, there have been several stories about Trump which, in an era where the mainstream news media wasn’t coming off of eight years of Obama cheerleading and was still remotely trusted by Republicans, would have quickly forced the GOP to abandon this president and set the stage for his resignation. This latest disclosure, basically verified by the White House, certainly should qualify as one of those, if not the most damaging of the entire insane-making bunch.

However, mostly because every story so far requires faith in the news media, nothing we have learned so far is going to turn Trump’s base of support against him. There is still no sign that his dismal approval ratings will dip below the high 30s, and as long as that is the case, he will remain in office, at least until Democrats take over both chambers of Congress, or he loses reelection.

I have often referred to Trump’s most ardent supporters as being part of a cult. I have not used this term lightly or figuratively. It is my belief that, having dealt with many of these people online for almost two years now, they fit every definition of literally being part of a cult, as does Trump as their leader.

In fact, on Twitter, I have even come up with the hashtag of #Cult45 to describe Trump’s biggest fans. This is a nod to him being our 45th president and the old Billy Dee Williams TV commercial for beer whose famous catchphrase I imagine being transformed into, “Cult 45… they will believe him EVERY time.”

One of the hallmarks of a cult, of course, is that they are impervious to facts, logic, or reason when it comes to being convinced that they have been duped. Because they are completely invested in having been right in joining the cult, it is nearly impossible to persuade them that they were wrong, at least until they suffer very real consequences directly due to their decision. This is why it is a universal truth about humanity that it is FAR easier to dupe someone than to convince them that they have been duped.

Trump himself seems to inherently understand this phenomenon and even famously joked about his supporters sticking within him even if he publicly shot someone (and that was BEFORE he slayed the wicked witch Hillary Clinton, thus buying him even more blind loyalty on the cult’s part). Just last night, CNN’s Anderson Cooper, clearly frustrated by all of this, told Trump sycophant Jeffery Lord that he would defend Trump even if he took a “dump” on his desk, which, interestingly, Lord himself didn’t even bother to deny, mostly because it is so obviously true.

Trump has also masterfully cultivated the resilience of his cult by training them to be both prepped for the coming media onslaught against him, and to disregard anything which sounds bad as simply being “fake news” (even when his own people don’t even bother to deny the story!). Here he has taken a page right about of the Scientology playbook (there are a lot of similarities between Trump and Scientology founder L. Ron Hubbard) which prevents their followers from getting outside news about them and prepares them that negative publicity is just another sign that nefarious forces are trying to destroy them because of all the good that they are doing.

This might be the number one element of Trumpsanity which the news media simply doesn’t understand. The more over-the-top they are in their negative coverage of Trump the more his cult completely tunes out any information not sanctioned by a “state-run” media organ, and the more they are convinced that Trump must be doing something right because otherwise the bad guys wouldn’t seem so desperate to destroy him.

Ironically, the news media, like a father trying to get his teenage daughter to stop dating that bad boy, would be far more effective in diminishing Trump’s support if they praised him for becoming such a mainstream/establishment/harmless guy.

Obviously, one of the keys for Trump to maintain the health of his cult is that he has his own “state-run” media which can be used to give any cult members who might start to ask questions more than enough fodder with which to rationalize their position. So a long as the largest and most powerful of those outlets, Fox News, continues to pretend that these stories don’t really exist, or that completely bullcrap conspiracy theories about Seth Rich are the real explanation of the Russian hacking, and Drudge, Breitbart, and talk radio continue the same charade, then nothing dramatic is going to change.

Interestingly, one of the most dangerous things which happened to Trump this week had nothing directly to do with Russia. Fox News, while it was mostly playing pretend in their alternate universe, got its ass kicked by both MSNBC and CNN. If this trend continues, Fox would eventually be forced to start covering the news in a semi-serious and credible fashion. If that were to occur, it might mark the beginning of the end for Trump, as he can’t afford to lose another chunk of his support which I would describe as “Cult 45-Lite.”

This is why whether James Comey really testifies publicly and openly in the coming weeks (I still have my doubts that is really going to happen) is so incredibly important. If he does, and it is as compelling as would be expected (though it is important to point out that expectations would be extremely and perhaps unrealistically high thanks to all the media’s hysteria), then Fox will have no choice but to reengage with reality.

However, if the Comey testimony doesn’t happen in public anytime soon, then this story will, believe it or not, finally slowly fade as the leaks presumably quickly dry up in the heat of the summer. Under that scenario, Fox and the rest of the “conservative” media can safely continue to give the cult what they really want by acting like none of this really happened, or isn’t really that important/bad if it did.