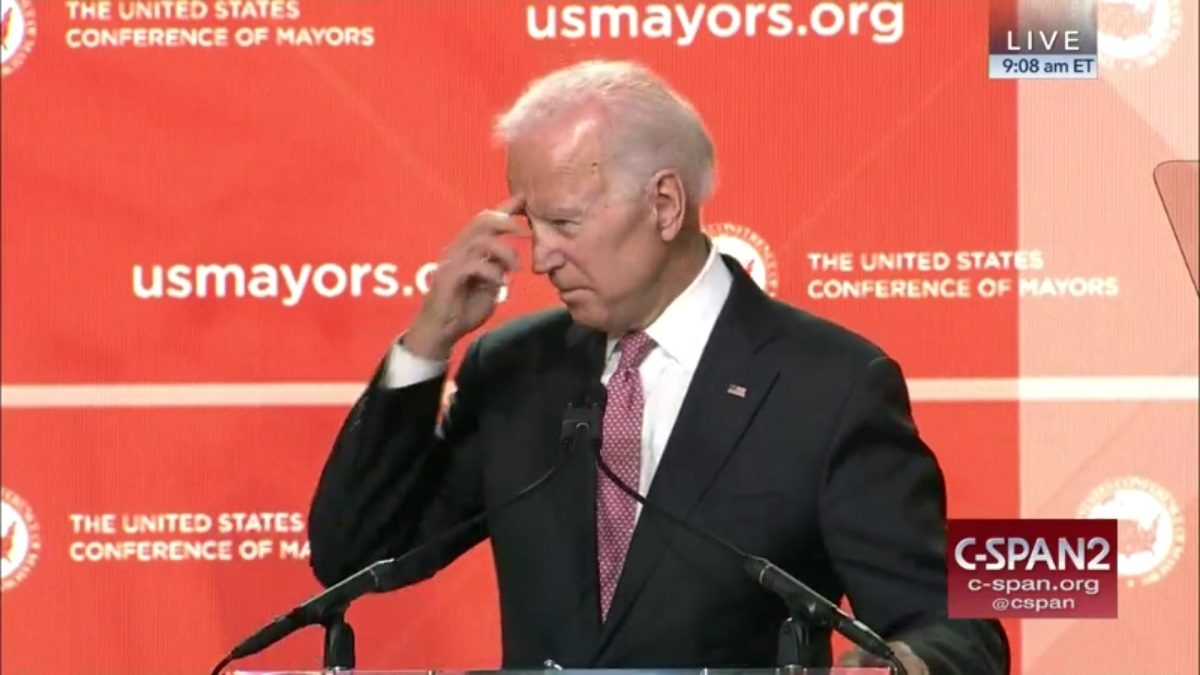 Because the 2020 presidential election is a year and a half away, it is very easy to get lulled into the false presumption that the outcome cannot possibly be currently determined, especially after the shocking result we all witnessed in 2016. However, there is an extremely strong argument to be made that the emerging destruction of Joe Biden, by both his own hands and those of his rivals, could very well end up allowing President Trump to be re-elected.

While I am no fan of Joe Biden the politician, there is absolutely no doubt in my mind that, if the Democratic Party got behind him early in this process and allowed him to emerge from their primaries unscathed, that, barring a “black swan” event, he would defeat Trump. There is no one else currently likely to run for the Democratic nomination about whom a remotely similar statement could be rationally made.

The case for Biden’s electability advantage is rather overwhelming, and it isn’t just based on national polls where Trump has never once come close to defeating Biden. There has never be a presidential election in my lifetime where the battleground is going to be as narrow and well-defined as this one is very likely to be, and that specific territory is very well suited to Biden defeating Trump.

Assuming a traditional two-person race, there are only going to be four states which really matter in the 2020 election: Wisconsin, Michigan, Pennsylvania, and Florida. These are all “Obama States” which Trump won by small margins. Since, other than largely irrelevant New Hampshire, there are no new states Trump can win against a reasonable Democratic opponent, if the president loses Florida plus any one of the other three, his re-election effort is essentially doomed.

These four states, all of which voted twice for Joe Biden to be Vice President, are all places where he would play far better than any of the other Democratic frontrunners (whom I consider to be Bernie Sanders, Kamala Harris, Elizabeth Warren, Cory Booker, Beto O’Rourke, and Pete Buttigeig). For instance, a new poll puts Biden a strong 10 points ahead of Trump in Pennsylvania, which is effectively a home state for him.

In short, if Democrats really believe that preventing Trump from a second term is a historical imperative, Biden, who wouldn’t scare older white middle-class voters into thinking that their race and sexuality was about to be made a permanent legal handicap, is by far the closest thing to sending the country a lifeboat. However, it is becoming quite clear that the rules of Democratic primary process are being set up to prevent that “safety valve” scenario from coming to fruition.

Obviously sensing that all the energy in the primary (at least among the media and those on Twitter) is going to be on the very progressive end of the party, and that the nomination fight in a crowded field will therefore turn into the “Woke Olympics,” Biden has already felt forced into several missteps. Most of them have had to do with apologizing for his essence as a white male, and his past friendships with Republicans.

Biden showing extreme weakness before he even starts his campaign is not the way to beat a bully like Trump, and neither is him giving up some of his appeal to non-liberal whites. But those developments are minor in comparison to what the progressive establishment is doing to Biden, apparently under the delusion that there are other candidates who can also be counted on to reliably beat Trump.

This effort to derail Biden, before “Amtrak Joe” even gets his train out of the station, reached a crescendo with a renewed attempt on Friday to give him the #MeToo treatment. This happened when former Nevada assemblywoman Lucy Flores,who just happens to be a very strong Sanders supporter, wrote an op-ed accusing Biden of an inappropriate kiss, and the #MeToo crusaders immediately went on the attack, saying that this was a disqualifying event for a prospective 2020 Democratic nominee.

Forgetting for a moment that this whole thing is eerily reminiscent of what I still believe was a political hatchet job on former Democratic senator Al Franken, even if the allegation is entirely true, it is idiotic for Democrats to be seemingly taking Biden out over something like this. This story, probably by design, will now open the door to any woman who ever had a somewhat similar experience to now tell their story to the media, and Biden’s death by a thousand cuts will be well on its way.

Where the heck are all the Democratic stars who know Biden coming to his defense?! Are they ALL (even Michelle Obama, who could easily nip this problem in the bud) really that terrified of a #MeToo backlash that they are willing to risk Trump’s re-election over it?

If so, then Democrats, at whom Trump has to be laughing right now, simply don’t deserve to be beat him. If they really think that Trump will be defeated by anyone they nominate, no matter how liberal/problematic they are, and that therefore they can afford to take some significant risk here, they are delusional.

When your only child is stuck in a burning building, you don’t go looking for that cash you hid under the mattress before you get them out, and, when they are in need of emergency surgery, you don’t take the scenic route on the way to the hospital. Either the Trump presidency isn’t REALLY a national crisis, or what Democrats are allowing to happen to Joe Biden is both suicidal and dangerous.

There is no other logical option.