The Media is Gaslighting America on Critical Race Theory 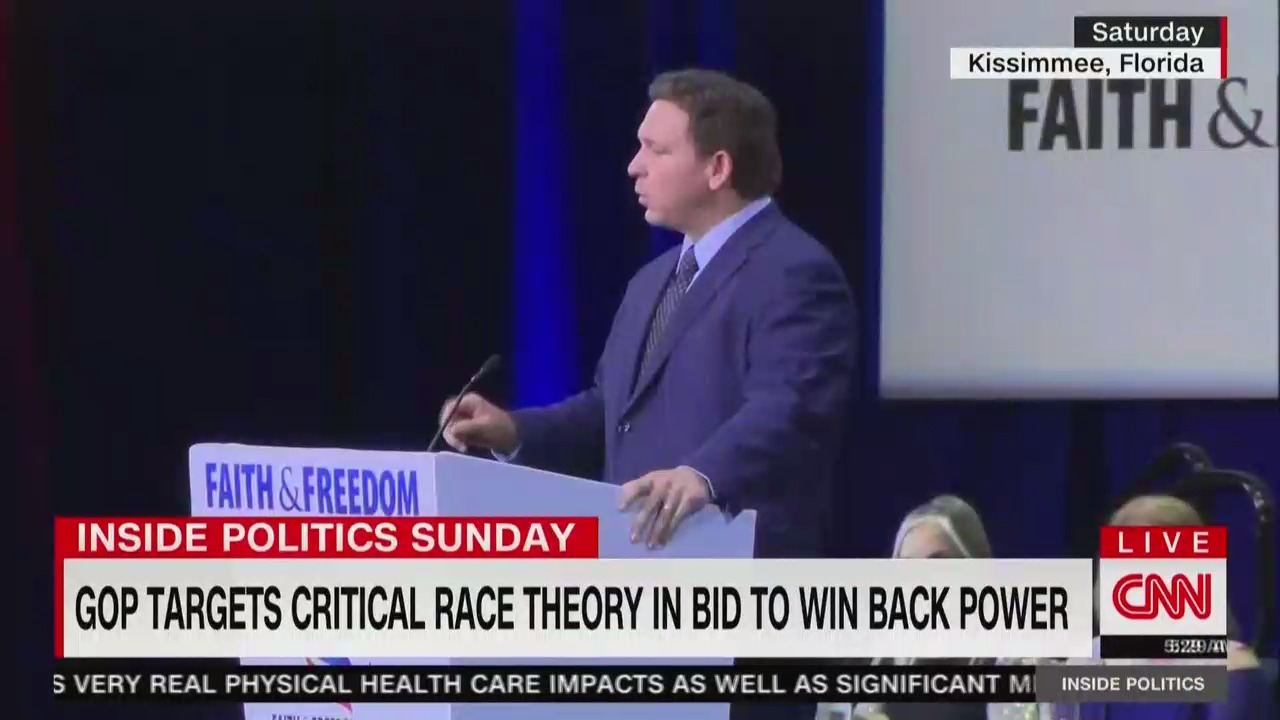 Critical race theory has become one of the most hotly discussed issues facing our country over the last few months. Since the death of George Floyd, the summer of race riots, and spike in anti-Asian hate crimes, critical race theory has found its way into nearly every institution in our country, including the government, the military, private sector businesses, and education. Yet the media insists it’s much ado about nothing.

The media’s taken an all-hands-on-deck approach, making every possible argument to defend critical race theory while wondering which will move the needle enough to defend it in the court of public opinion. They’re gaslighting the public into believing that critical race theory isn’t important enough to be concerned with, isn’t actually being applied in our institutions, isn’t understood by its critics, and will wipe out the teaching of Black history if it’s forced out of the education system.

Former President Barack Obama gave an interview to CNN’s Anderson Cooper and insisted that conservatives shouldn’t fight over it because there are more pressing issues than institutions promoting critical race theories’ anti-White and anti-Asian racism.

While Obama insists it’s not a major concern, other media outlets have just dedicated their efforts to tell people that it simply isn’t practiced in most institutions, a claim that is outright false.

Critical race theory is like an octopus with multiple tentacles. There are many parts of critical race theory, like its opposition and questioning of liberalism, equality theory, legal reasoning, Enlightenment rationalism, and skepticism of the Constitution. Any one, or even some, of those beliefs can be dropped, and it’s still at its heart critical race theory, except for the fundamental belief that racism is a widespread everyday experience of non-Whites, it benefits Whites regardless of their socio-economic standing, and is a social construction to advance the interests of Whites.

That is at its core and takes shape in many different aspects of our institutions. So when a school district insists they don’t teach critical race theory, but have adopted equity training programs for employees or are fighting for anti-racism it’s all the same thing with different branding. It’s like insisting you’ve given up soda because you’ve switched from Pepsi to Orange Crush.

Loudon County, which has become a hotbed of parental anger over the infusion of critical race theory, insists they don’t teach the progressive ideology, yet they incorporate it in other ways. The Loudon County Superintendent Eric Williams said in an email to a Loudon County parent, “While LCPS has not adopted CRT, some of the principles related to race as a social construct and the sharing of stories of racism, radicalized oppression, etc. that we are encouraging through the Action plan to Combat Systemic Racism, in some of our professional learning modules, and our use of instructional resources on the Social Justice standards, do align with the ideology of CRT.”

Media, however, are more covert in their tacit endorsement of critical race theory. NBC News Brandy Zadrozny insisted in an article that “Virtually all school districts insist they are not teaching critical race theory, but many activists and parents have begun using it as a catch-all term to refer to what schools often call equity programs, teaching about racism or LGBTQ-inclusive policies.” The story immediately blames anti-CRT activists for broadening their strategy to protest public school indoctrination. It scapegoats them as the reason for the controversy.

The National Review reported that Highlands High School in Fort Thomas, Kentucky amended their curriculum in an elective course to teach “social equity,” while the content of what was being taught aligned with the premises and goals of critical race theory. The required textbooks in the course included Ibram X. Kendi’s How to Be an Anti-Racist, a bedrock of critical race theory, and Robin DiAngelo’s White Fragility. The leaked syllabus stated that the curriculum was structured in the hope that “these books will stay with you as a reminder of the work that we (society) need to do.”

This is how many school districts are able to have their cake and eat it too. They claim to an angry parent that they’re not indoctrinating their kids with an anti-White ideology, and yet still push critical race theory throughout their schools using less obvious tactics. And the media is more than willing to give them cover, especially if those activists connect their criticism of critical race theory to the New York Times’ 1619 Project.

Take, for example, Democratic commentator Marc Lamont Hill’s challenge to teenage Republican commentator C.J. Pearson, demanding he name one author of critical race theory during an interview. Pearson, to his credit, named the 1619 Project, an Americanized adaptation of critical race theory. Hill was unsatisfied, and accused Pearson of not knowing anything about the topic and stating he shouldn’t be taken seriously. MSNBC anchor Joy Reid shared Hill’s conclusion. “None of these people who have made attacking Critical Race Theory their life’s work have any idea what critical race theory is!!!!” Reid tweeted.

The strategy changes, though, when a proponent of critical race theory understands the ideology. The last argument made is embodied by New York Times reporter Astead Wesley, who tweeted that abolishing critical race theory would prevent teachers from discussing historical events like Juneteenth. Regardless of how one may feel about designating Juneteenth as a federal holiday, the claim remains false.

Proponents of liberal education, education models that go back to the days of Greek philosophers like Plato and Aristotle, believe in teaching these events. You’d be hard-pressed to find any opponent of critical race theory who also opposes teaching about the civil rights movement, abolitionist movements, or the civil war. These are basic facets of American history that college history majors are regularly taught about.

The problem is the mainstream media is much more activist than the former president. They make the claim that most people concerned with critical race theory don’t understand it and it doesn’t exist broadly in our society. People concerned with it’s growing influence are expected to quote critical race theorists including Richard Delgado and Derrick Bell, post structuralist like Michel Foucault, and marxists like Antonio Gramisci or be considered uninformed on the issue.

Abolishing critical race theory in public schools is a winning issue for conservatives in the culture war. Still, they must not cave to either left-wing dismissals of the problem as irrelevant or accept the left’s parameters for what constitutes a legitimate debate in the media. The right must continue full-steam ahead into these cultural battles and use their influence to set the proper and correct parameters over the debate on critical race theory.

Ryan Girdusky is the author of They’re Not Listening: How the Elites Created the Nationalist Populist Revolution and the founder of the 1776 Project PAC.